US President Donald Trump while announcing his new Afghan and South Asia policy last month had advocated for a greater role for India in Afghanistan. 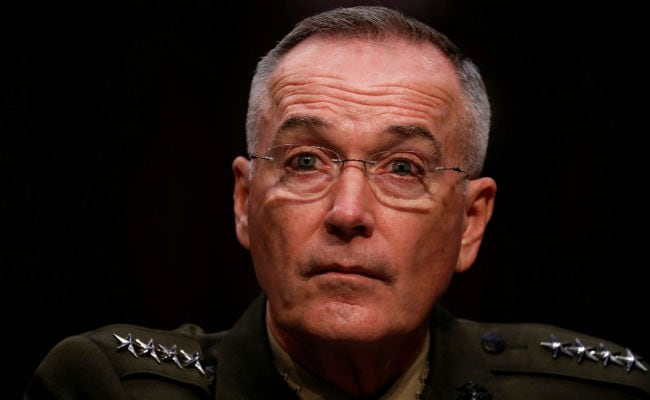 Washington: India appears keen to do more in Afghanistan than its already promised USD 3 billion for development aid, a top US general told lawmakers today, asserting that New Delhi can provide additional training and equipment to build capacity of the Afghan security forces.

US President Donald Trump while announcing his new Afghan and South Asia policy last month had advocated for a greater role for India in Afghanistan.

Trump called on India to help the US more with Afghanistan, especially in the area of economic assistance and development.

"With regard to India, the President called on India to invest more in development projects in Afghanistan. India appears eager to do more beyond the roughly USD 3 billion in development assistance it has provided since 2001," said General Joseph Dunford, Chairman of the US Joint Chiefs of Staff.

"From the military dimension, I believe India has the capacity to provide additional training and equipment to build capacity of the Afghan National Defence and Security Forces," Dunford said in written response to questions from members of the Senate Armed Services Committee for confirmation hearing for his reappointment.

"It is critical that Pakistan and other neighbouring countries support the legitimate Afghan Government, the United States and NATO missions, and take positive steps to fight terrorism and achieve stability in the region," he said.

The strategy places especial emphasis on influencing Pakistan to change its policies which are detrimental to the US, NATO, Afghanistan's and even Pakistan's own interests, he said.

Dunford said while China has invested significantly in western Afghanistan, particularly in mining infrastructure to support their One Belt One Road initiative, its security investments have so far been minimal.

He said under the new strategy, the US looks to increase the Chinese investment in areas that support the legitimate Afghan government.

"With regard to Russia, our interests diverge on many issues, yet we share common interests such as countering transnational terrorism and stabilising Afghanistan. Under the new strategy, our efforts will look to advance our mutual interests in ways that do not cede diplomatic space or allow Russia to adversely affect our efforts to stabilise Afghanistan," Dunford said.

Promoted
Listen to the latest songs, only on JioSaavn.com
"With regard to Iran, the new strategy seeks to counterbalance Iranian influence in Afghanistan while continuing engagement in regional forums and encouraging Iran to support the Afghan Government and overall stability in Afghanistan," he said.