India In Collaboration With UN Launches Tech Platform For Peacekeepers

The launch came as India assumed the Presidency of the 15-nation UN Security Council for the month of August. 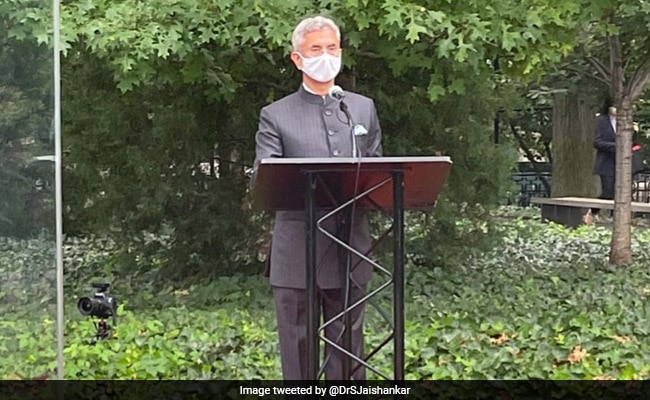 India in collaboration with the UN on Wednesday launched UNITE AWARE - a technology platform for peacekeeping missions aimed at providing terrain-related information to peacekeepers.

The launch came as India assumed the Presidency of the 15-nation UN Security Council for the month of August.

The project was launched in the presence of External Affairs Minister S Jaishankar at the UN headquarters.

Mr Jaishankar arrived in New York on Monday as the UN Security Council held an emergency meeting on the situation in Afghanistan, the second time in just over 10 days that the powerful UN body met under India's Presidency for the month of August to discuss the rapidly deteriorating and unravelling situation in the war-torn country.

"UNITE AWARE" is a situational awareness software programme that allows a Peacekeeping Operations Centre to visualise and analyse the ground situation in a conflict zone on a real-time basis.

It will help in increasing situational awareness and provide terrain-related information to peacekeepers.

India has contributed USD 1.64 million towards the project.

This project aims to demonstrate the impact of modern surveillance technology on the detection of asymmetric threats. The aim of the project is to improve camp security for UN peacekeepers, the overall security situation, and the quality of situational awareness, the Ministry of Affairs said in New Delhi earlier.