China-India In A New Face-Off After Incursion In Ladakh 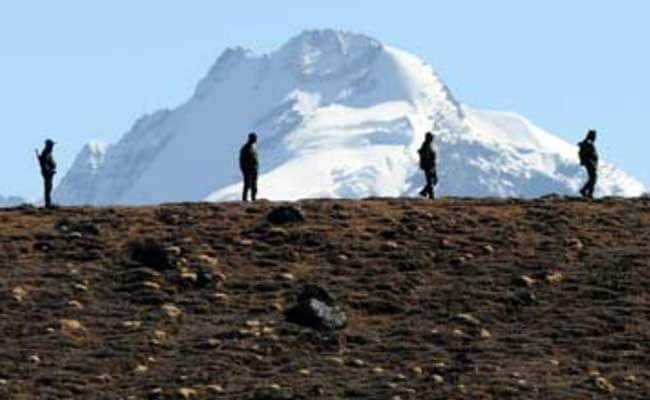 Leh/New Delhi: Chinese and Indian soldiers are engaged in a major stand-off in Ladakh after Chinese troops yesterday stopped work on the construction of an irrigation canal being built under the rural development or MNREGA scheme, sources told NDTV.

The incident took place yesterday in the Demchok sector, located 250 km east of Leh, where a project is underway to link a village with a hot spring. Demchok in the south eastern tip of Ladakh was also the location of a major incursion by China two years ago which resulted in a spike in tension between the two countries.

Yesterday, around 55 Chinese soldiers arrived at the scene along the Line of Actual Control or de facto border and halted the work in an aggressive manner, news agency Press Trust of India quoted unnamed officials as saying. 70 Indian soldiers fortified the area and prevented their march deeper into Indian territory, the sources disclosed to PTI.

"[There are] routine objections and clarifications which either party seek whenever there is construction related activity. The issue is being resolved through established mechanisms," said army sources to NDTV, asking not to be named.

The spike in tension comes a day before National Security Advisor Ajit Doval is to meet senior Chinese officials.

The Chinese troops demanded that work be stopped as either side needs to take permission before undertaking any construction, a claim disputed by India which says that information about projects needs to be shared only if it is meant for defence purposes.

After taking office, Prime Minister Narendra Modi has moved boldly to counter China. 72 strategic roads are being built along the border to narrow the gap with China's vastly superior and intricate network of roads and tracks in the mountains.

India has also rebuilt airfields, including a landing strip laid in Daulat Beg Oldi in Ladakh in 1962. C-130 Hercules planes bought from the United States have been landing at the airfield.

Incursions from both sides are common along the Line of Actual Control, because the armies cannot agree where it lies.

Promoted
Listen to the latest songs, only on JioSaavn.com
In 2014, China protested India's work on an irrigation canal, saying it was located inside its territory and 500 Chinese soldiers entered the area and swiftly built a 2-km road.

Around 1,000 soldiers from each side were ranged against each other for days till the confrontation subsided.