The World Bank worked extensively with India to have a targeted social safety net, he said, observing that effectiveness of social safety net is important when it comes to poverty in other parts of the world. 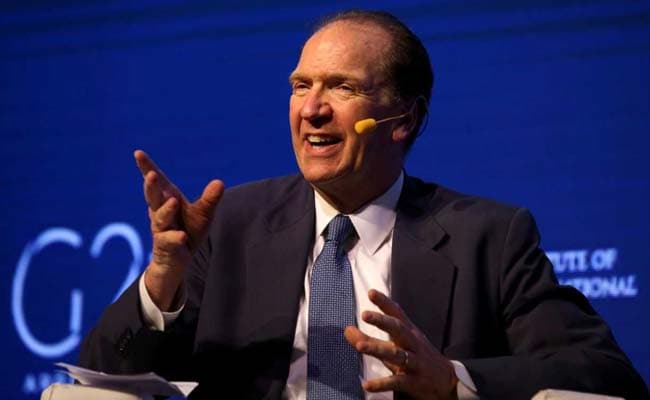 India has been one of the leaders in digitisation, the World Bank President said. (File)

India has been one of the leaders in digitisation that empowers and expands the social safety net, World Bank President David Malpass said on Friday.

Malpass, during a conference call here, told reporters that India, like other developing countries, suffers from rising interest rates in the world environment and from inflation also from being impacted by climate change as seen recently in terms of the flooding impacts. But during the COVID-19 crisis, India was able to expand its social safety net.

He said poor people in the country have more money in their hand that showed up in the recent poverty report of the World Bank.

The World Bank worked extensively with India to have a targeted social safety net, he said, observing that effectiveness of social safety net is important when it comes to poverty in other parts of the world.

Referring to a recently held conference at the United Nations, which was co-hosted by the World Bank, Malpass said digitalisation empowers social safety net, and is very helpful in leapfrogging technology for developing countries. "India has been one of the leaders in that," he said.

Responding to a question on India taking over the presidency of G-20 in December, Malpass said there is a potential focus on debt.

"I think the world is at a point where there can be progress made for a more effective common framework," he said.

India, he said, is an important creditor, for example, in Sri Lanka and also in some of the heavily indebted countries of Africa. "So, India as the chair of the G-20 has an opportunity there," he said.

"I've spoken with Prime Minister (Narendra) Modi about that," he said, adding that India is aware of debt distress in countries. "So, it is very relevant," he said.

"The second, I mention, is education where India has been a leader in pushing forward," Malpass said, as he mentioned about another major conference he co-hosted at the UN last week on education, where they used the data from learning Poverty Index, which has been showing a very concerning increase in educational poverty.

"That means 70 per cent of the kids in developing countries are not able to read the basic text," he said.

"Climate, of course, will be a major discussion (in G-20). The World Bank will continue our focus in our work on how best to reduce greenhouse gas emissions. This is a major challenge for the advanced countries as we see every day and for the developing countries," he said.

Climate change is incredibly important for India, and for the G 20 as a whole, the World Bank president said.