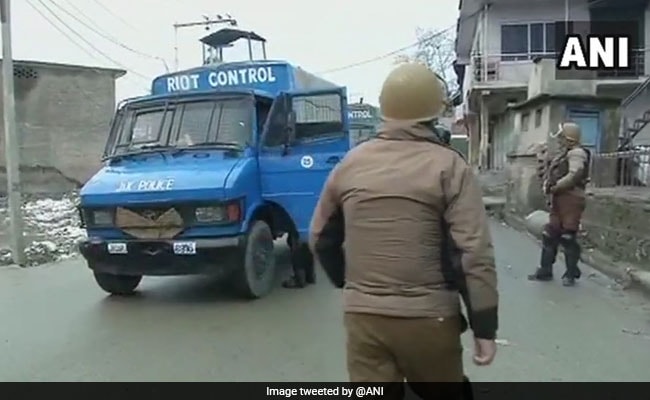 Two terrorists of the Jaish-e-Muhammad (JeM) group were killed on Saturday in an encounter with security forces in Jammu and Kashmir's Khonmoh area on the outskirts of Srinagar district. Three police personnel have also been injured in the encounter. The terrorists had planned to target Republic Day celebrations in Srinagar, said police sources.

Two AK-47 rifles and ammunition were found on them. A search operation is going on in the area, say sources.

Personnel of the Rashtriya Rifles, the Special Operations Group (SOG) of the Jammu and Kashmir Police and the Central Reserve Police Force (CRPF) surrounded Khonmoh area after receiving intelligence inputs about terrorists hiding in the area.

"As the cordon was tightened, the terrorists fired, triggering an encounter," said a senior police officer.

Security has been tightened in Srinagar as various official events have been planned for Republic Day.

In another incident, terrorists lobbed grenade at a CRPF camp in Pulwama. The grenade exploded outside the camp. No causalities have been reported yet.

Earlier, terrorists attacked a police post near a bus stand in Anantnag. One police personnel suffered minor injuries in the attack.