On New Year's Day, the centre had announced the list of states and departments that would take part in the parade, one of the most prestigious national events. 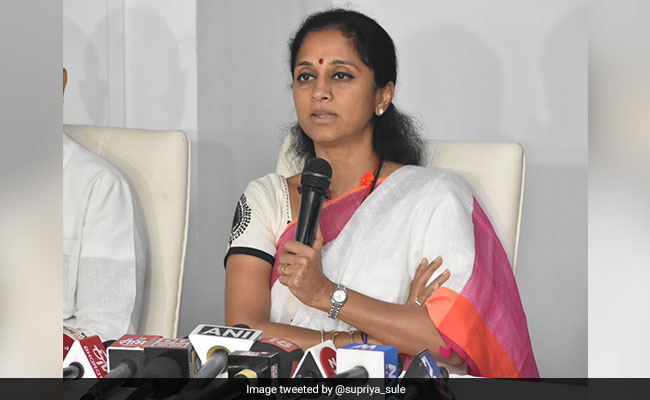 The NCP's Supriya Sule said the centre is expected to give "representation to all the states".

The tableau of Maharashtra has also been dropped from this year's Republic Day Parade in Delhi, making it the second opposition ruled state after West Bengal that failed to make the grade. Furious about the rejection, the state's ruling Shiv Sena and Nationalist Congress Party have accused the BJP-led Centre of being prejudiced and demanded an explanation.

In a series of tweets in Marathi, Supriya Sule, Sharad Pawar's daughter and a leader of his Nationalist Congress Party said the Republic Day is a "festival of the country" and the centre is expected to give "representation to all the states".

"But the government is behaving in a prejudiced manner, giving step-motherly treatment to the states being ruled by opposition parties," another tweet read, citing the dropping of the Bengal tableau.

"You will have to explain why the tableaux of the two states were rejected. The chief minister of Maharashtra should probe the matter. It has to be found out who is responsible for this. Are there elements having loyalty to previous government? There may not be. But this has to be probed," Sena MP Sanjay Raut told Marathi news channel TV9, reported news agency Press Trust of India.

On New Year's Day, the centre had announced the list of states and departments that would take part in the parade, one of the most prestigious national events. Announcing that 16 of the 32 states would take part in the parade, the government, in a statement, said the limitation was imposed due to "time constraints". It also clarified that Bengal was shortlisted for the 2019 Republic Day parade through a similar process.

Four Congress-ruled states -- Punjab, Madhya Pradesh, Rajasthan and Chhattisgarh -- are on the list.

In Bengal, the Chief Minister Mamata Banerjee and her Trinamool Congress has been at loggerheads with the BJP as the party's attempts to expand its footprint in the state. Over the last three years, the two parties have clashed over a series of issues, the latest being the contentious citizenship law and the National Register of Citizens.

"The rejection of the West Bengal tableau for the Republic Day parade is discriminatory. It has been done because West Bengal has been opposing the centre's CAA (Citizenship Amendment Act) and the NRC (National Register of Citizens) plans," Trinamool Congress MP Saugata Roy told NDTV.