In Sushil Modi's "Lalu Leela", A Hint That Tejashwi Is Father's Favourite

Sushil Modi claims to chronicle in the book how his favourite subject has acquired "property after property". 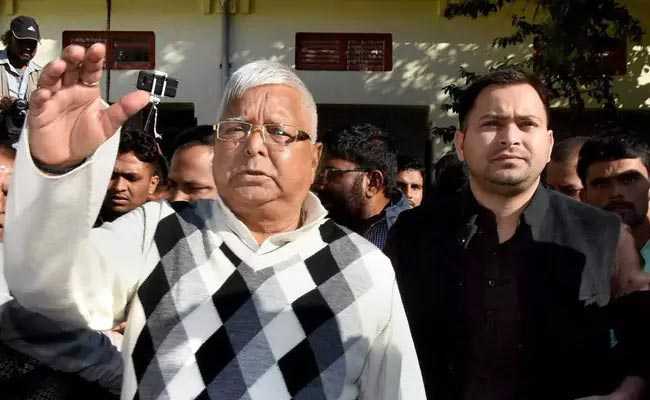 Bihar politician Lalu Yadav and his family own 141 properties in the form of land, apartments and shops, claims the state's Deputy Chief Minister Sushil Kumar Modi in a book, "Lalu Leela".

Sushil Modi claims to chronicle in the book how his favourite subject has acquired "property after property".

Tejashwi Yadav, already the object of envy for his siblings - if all the stories are to be believed - has apparently bagged a lion's share of his father's properties.

Tejashwi, the youngest (and most politically astute) of Lalu Yadav's three children in politics - after Misa Bharti, a Rajya Sabha lawmaker and former minister Tej Pratap - has 52 properties in his name, the book claims. The bias is clear, quipped a Lalu Yadav baiter, as the Yadav family struggles to contain fierce sibling rivalry just months before the national election.

The second largest share is in the name of the matriarch, Rabri Devi; she reportedly owns 43 properties. Tej Pratap Yadav has 28 properties and an auto show room to his name and Misa Bharti has 23 properties.

Sushil Modi, the BJP's top leader in Bihar, has been doing this for some time. He owes his return to power to his expose on the Yadavs.

It started with soil being dug out from prime land in Patna meant for a mall, and dumped in the zoo.

Tejashwi Yadav And Rabri Devi were granted bail in the case but Lalu Yadav, already serving time for corruption, will be produced next month through video conference. In the run-up to the national election, Tejashwi Yadav, taking over the reins of the RJD from his jailed father, has steadily targeted the BJP and Chief Minister Nitish Kumar over a range of subjects.

But his performance as a strong opposition voice in Bihar has been dampened by his perceived rift with his brother. Earlier this week Misa revealed that "like in any family, there is manmutav (tension) between her brothers".