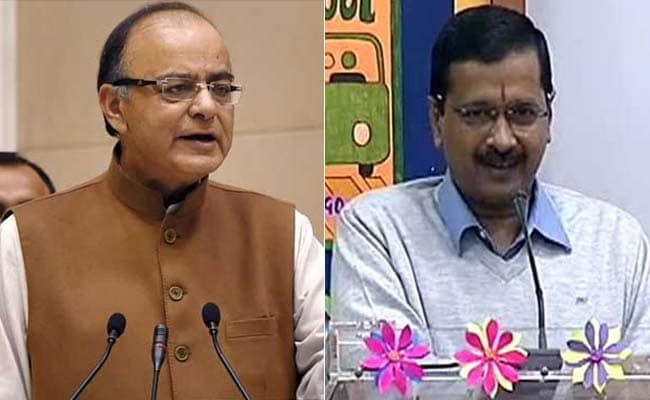 New Delhi: In a new confrontation between the Centre and Chief Minister Arvind Kejriwal, an inquiry initiated by the Delhi government into alleged corruption in the main cricket administration body for the capital has been declared unconstitutional. Mr Kejriwal's response to the Centre: see you in court.

The Chief Minister has already been sued for defamation by Finance Minister Arun Jaitley, whom he has accused of facilitating vast corruption during his 13 years as the head of the Delhi and District Cricket Association (DDCA).

The Centre and Mr Kejriwal have established an epic hostility in the last year, with both sides accusing each other of over-stepping boundaries and impeding the governance of Delhi.

The union Home Ministry has said the inquiry launched weeks ago by the Delhi government is illegal because it does not have the jurisdiction to look into the affairs of the DDCA. That opinion "is not binding on the Delhi government," Mr Kejriwal tweeted. He added that if the Centre wants, it can take its complaint to court, but the inquiry will continue.

Mr Kejriwal in December appointed former Solicitor General and top lawyer Gopal Subramanium to investigate the alleged venality at the cricket body. From 2000 to 2013, Mr Jaitley served as president of the organisation. Kirti Azad, former national cricketer and a BJP parliamentarian, has been suspended by the party for targeting Mr Jaitley and demanding a CBI inquiry into financial and other irregularities at the DDCA.

A committee of three members, also appointed by Mr Kejriwal's government to study the DDCA, did not mention Mr Jaitley in a nearly 250-page report that it submitted last month. Its findings were treated by the Chief Minister as a preliminary assessment; he then tasked Mr Subramanium to investigate the matter in detail.