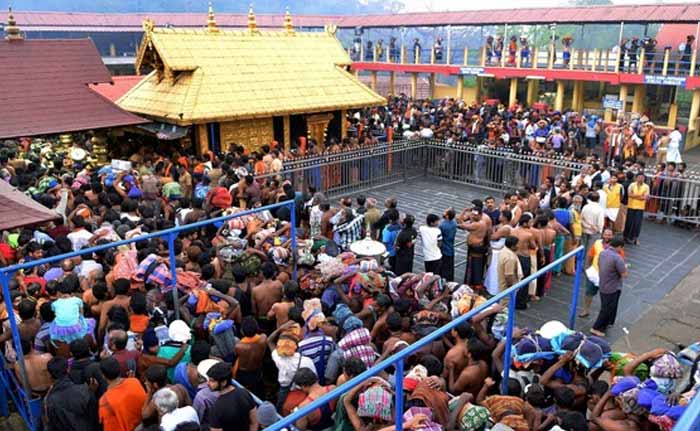 The Kerala government in an affidavit to the Court said that in matters of religion, it is the opinion of the priests that is final.

New Delhi: The Kerala government has told the Supreme Court that banning entry of women of menstrual age in historic Sabarimala temple is a "matter of religion" and it is duty bound to "protect the right to practice the religion of these devotees".

In an affidavit, the state government said administration of the temple vests with the Travancore Devaswom Board under the Travancore-Cochin Hindu Religious Institutions Act and the decision of the priests are final in the matter of worship.

"In the context of Sabarimala, the administration vests with the Travancore Devaswom Board under the provisions of the Travancore-Cochin Hindu Religious Institutions Act, 1950," the affidavit filed by state chief secretary Jiji Thomson said.

"Under the Act, there is a statutory duty cast on the Board to arrange worship in temples in accordance with the usage. Therefore, in matters of religion, it is the opinion of the priests that is final," said the affidavit.

A bench of Justices Dipak Misra and NV Ramana would take up the matter on February 8.

The Congress-led United Democratic Front (UDF) government, while withdrawing the affidavit filed earlier in the apex court by the previous Left Democratic Front (LDF) government in November 2007 supporting entry of women into this temple, said, "The restriction on women between the age of 10 and 50 has been prevailing in Sabarimala from time immemorial. This is in keeping with the unique 'pratishta sangalp' or idol concept of the temple."

"The same is an essential and integral part of the right of practice of religion of a devotee and comes under the protective guarantee of the Constitution under Articles 25 and 26 which have been held to contain guarantee for rituals, observances, ceremonies and modes of worship which are an integral part of religion," it said.

Urging the court to dismiss the Public Interest Litigation filed by Indian Young Lawyers' Association, the affidavit said, "The present petition which seeks to change the beliefs and customs of crores of devotees by judicial process is wholly misplaced and liable to be dismissed".

It added that the state government is "duty bound to protect the right to practice the religion of these devotees".