In Assam, PM Modi Has A Message For Local Media On Covering Development

"The reporters present here are working very hard but their newspaper owners will not allow their hard work to bear result," PM Modi said 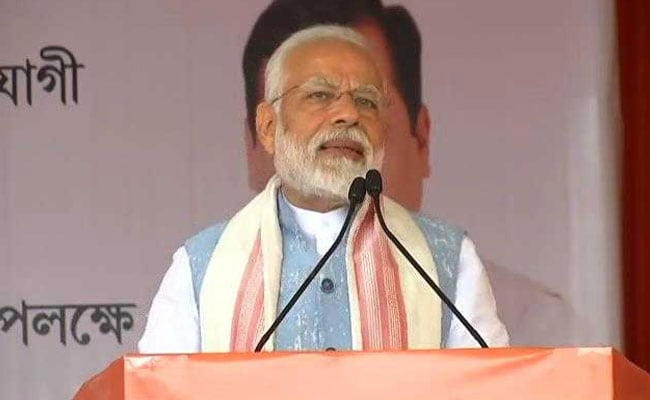 Prime Minister Narendra Modi on Saturday took a dig at the local newspapers saying that instead of highlighting development works they were giving prominence to other issues.

"When I saw today's newspapers in the morning, I thought there is something........but people are still coming in thousands to attend this rally," PM Modi ambiguously said about the prevailing situation in the state.

"People are still coming in thousands and next time a bigger field has to be arranged. In recent times, I have addressed four rallies in North East and the enthusiasm in Assam is increasing with each rally breaking its earlier record but today's mammoth gathering has broken all previous records," PM Modi said as he began his speech.

"I am, however, confident that the papers published from Guwahati tomorrow will not carry any of these details. You must be knowing the reason why," he chuckled.

"The reporters present here are working very hard but their newspaper owners will not allow their hard work to bear result," he said.

"The love and blessings, I receive in Assam is due to Ma Kamkhya and nothing is possible without her benevolence", he added.

He said the previous governments had failed to honour these icons and it was the BJP government who took the initiative of conferring the Bharat Ratna on Assam's first Chief Minister Gopinath Bordoloi during Atal Bihari Vajpayee's term and now to music legend Dr Bhupen Hazarika.

The Prime Minister profusely quoted Dr Bhupen Hazarika in his 40-minute speech and ended with an ode to the state on the banks of the mighty Brahmaputra by the legendary musician.