In A First, Centre Extends Tenure Of R&AW And Intelligence Bureau Chiefs

Detractors believe it was done with an eye on the 2019 polls, when the government expects opposition parties to throw a tough challenge. 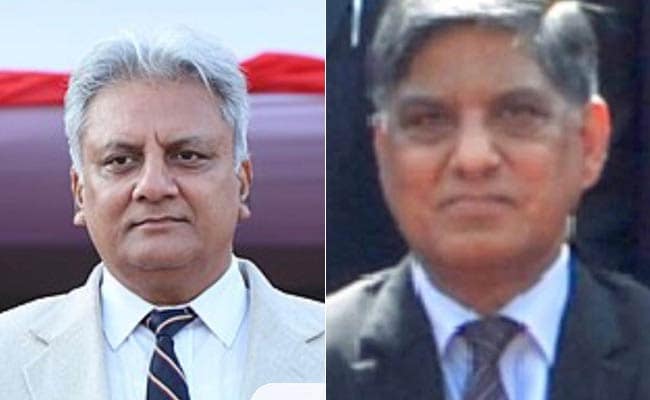 The government has extended the tenure of Rajiv Jain and AK Dhasmana by six months.

The centre has extended the tenure of top officials of the Research & Analysis Wing (R&AW) and the Intelligence Bureau, two important institutions entrusted with safeguarding India's external and internal security networks, for the first time in the country's history.

While the cabinet's appointments committee extended Intelligence Bureau Director Rajiv Jain's tenure for a period of six months beyond December 30, R&AW Secretary AK Dhasmana's term was pushed by another six months beyond December 29. "Both were given extensions because the government wants to continue with the same security apparatus in view of the forthcoming Lok Sabha elections," a senior officer said. "Also, the government does not want any new appointees to lose their jobs, just in case a new government comes to power at the centre."

The government is comfortable with both the officials because they are trusted aides of National Security Advisor Ajit Doval, he added.

However, some in the bureaucracy viewed the decision as a sign of panic. "After they lost five assembly elections, they had no other choice. The government did not want to take a chance because it was not sure how officers would play along," a senior bureaucrat said.

Others believe that the extension of Mr Dhasmana amounts to clearing R&AW of all the controversies associated with it over the last two months. The extension given to the Intelligence Bureau chief, on the other hand, is being linked with the role his agency is expected to play in the Lok Sabha elections.

"Reports generated by the agency can play a significant role in the centre formulating policies," a source disclosed. "The political wing has already been asked to submit its assessment on the ground."

Another official termed it as an "administrative order" that can be set aside by the government anytime. Arvind Kumar, a 1984-batch officer from the Assam Meghalaya cadre and the senior-most IPS officer in the Intelligence Bureau, will still be a contender for the Director's post in June because he is set to retire only by September. Although the senior-most R&AW officer -- K Ilango from the 1982 batch -- will retire by then, three 1984-batch officers will be waiting in the wings for the post. They are Samant Goel of the Punjab cadre, V Johri of the Madhya Pradesh cadre and R Kumar from the Research and Analysis Service.