Arun Jaitley said Prime Minister Modi's government was elected when India was already a part of the ''Fragile Five'' and the world was predicting that India's ''I'' will be knocked off from the ''BRICS''. 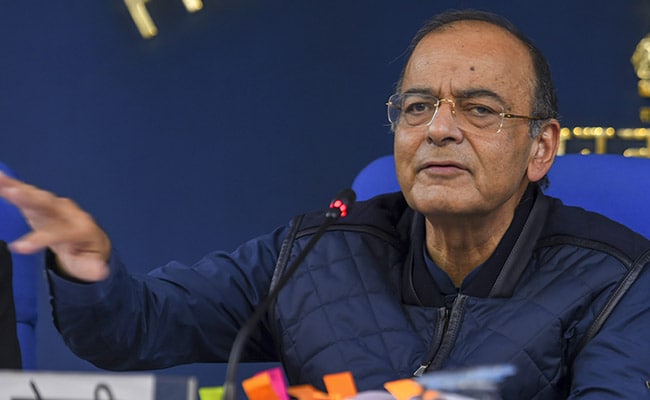 Arun Jaitley has been publishing a series of blogs under "Agenda 2019" ahead of Lok Sabha elections.

"Five year is not a long period in the life of a nation. It can, however, be a turning point in its direction for progress," he said and added the year 1991 was an important watershed in Indian history.

"That is probably the reason why the efforts to erase the memory of Shri PV Narasimha Rao from Congress Party's contemporary history is still work in progress," he said.

The UPA governments between 2004-2014 got stuck into slogans rather than economic expansion.

Mr Jaitley said Prime Minister Modi's government was elected when India was already a part of the ''Fragile Five'' and the world was predicting that India's ''I'' will be knocked off from the ''BRICS''.

The government had no options and it was committed to reforms.

''Reform or Perish'' that was the challenge before the Indian economy.

Therefore, the government systematically and consistently introduced several reforms spread over a five year period which will go down in India's economic history as the ''Second Generation'' of reforms that were much needed, Mr Jaitley said.

"I have outlined above only fourteen game changing decisions of the government which impacted the economy. The economy expanded at a rate faster than any other country in the world. Our revenues went up and we ensured that the benefit of prosperity and the first right to the exchequer going to the poor is maintained. It will be our endeavour to maintain this direction in future also," said Mr Jaitley, who is also heading the publicity committee of the BJP for the general elections.

About 900 million people would be voting in a seven-phased election to elect the next Lok Sabha.

Notification for the first phase of the Lok Sabha elections was issued on Monday, setting in motion the high-voltage electoral battle where the BJP seeks to return to power amid opposition's efforts to present a united fight to unseat it.

Polling would be held in 91 parliamentary constituencies spread across 20 states on April 11 under the first of the seven-phase general elections.