"Impatient" To Move Ahead: PM Modi's Message From Red Fort Ahead of 2019 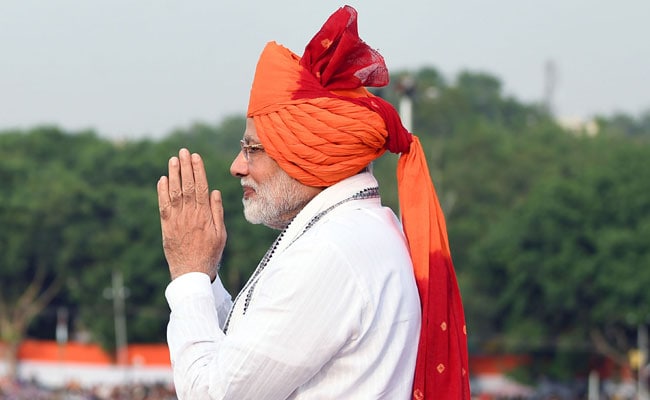 From the ramparts of historic Red Fort on India's 72nd Independence Day, Prime Minister Narendra Modi  today said he was "impatient" for change -- underscoring his goals for the New India on multiple fronts. With less than a year to go for the national elections, PM Modi also gave his government's report card. The progress over the last four years can be measured only if 2013 is taken as the "base year", he pointedly said. There was no direct reference to the Congress.

"If we take 2013 as the base year, you'll be surprised to learn the pace of progress... The world used to talk about electricity blackouts, bottlenecks in India. Today it says the "sleeping elephant" has started walking," he told the thousands assembled outside the 400-year-old fort.

Towards the end of his 80-minute speech, the Prime Minister confided, "People say all kinds of things about me. Whatever they say, I want to admit some things publicly today... "I am impatient because many countries are ahead of us, I am impatient to take our country ahead of all of them".

What followed was a list of hurdles the country is facing and his to-do list that included improving the quality of life and utilisation of all resources.

The Congress hit back, calling the Prime Minister's speech "hollow" and reiterated party chief Rahul Gandhi's challenge of a debate.

Party spokesperson Randeep Surjewala questioned whether the Prime Minister would care to debate on the "failing economy and falling rupee, for the rupee has hit a new low that is 70 and the trade deficit has gone over $18 billion".

"Will you today debate as to the manner in which China has occupied Doklam, they are intruding into Ladakh and has been engulfing India from all sides," the Congress spokesperson questioned.