"Path Ahead In Kashmir By Embracing All, Not By Goli And Gaali": PM

PM Narendra Modi said his government was committed to the all-round development of all sections and regions in Jammu and Kashmir. 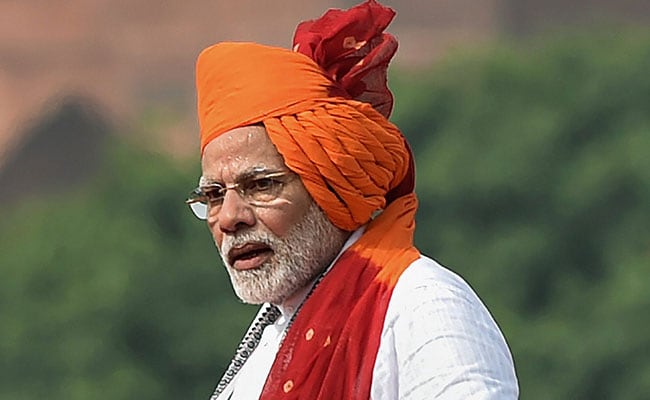 Prime Minister Narendra Modi on Wednesday said the situation Kashmir can be resolved only by embracing its people, not with bullets or abuses as he promised that the long-delayed local body elections in the state will be held soon.

"We want to go ahead not with goli (bullets) and gaali (abuses), but by embracing the patriotic people living in Kashmir," he said in his final Independence Day speech from the Red For ahead of polls next year.

He said Jammu and Kashmir, now under Governor's rule, would hold the much-awaited Panchayat and local body elections "in the coming months".

Terrorist attacks and unrest in Jammu and Kashmir have delayed the polls way past their due date. While municipal polls were last held in the state in 2005, panchayat polls have not been held after 2011.

In his speech in Srinagar, Jammu and Kashmir Governor NN Vohra said that the urban local body and panchayat polls will be held starting September.

PM Modi also said that when it came to Kashmir, his government was following the path shown by former Prime Minister Atal Bihari Vajpayee.

"Atalji called for ''insaniyat'' (humanity), ''Kashmiriat'' (Kashmiri culture) and ''jamhooriyat'' (democracy)," he said in his address on the occasion of India's 72nd Independence Day.

PM Modi said his government was committed to the all-round development of all sections and regions in Jammu and Kashmir, the country's only Muslim-majority state.