I'm With Kamal Nath Till He Is In Power: Madhya Pradesh Independent MLA

Pradeep Jaiswal's comments came amid political turmoil in the state triggered by alleged poaching efforts to topple the Nath-led Congress government which assumed office in December 2018. 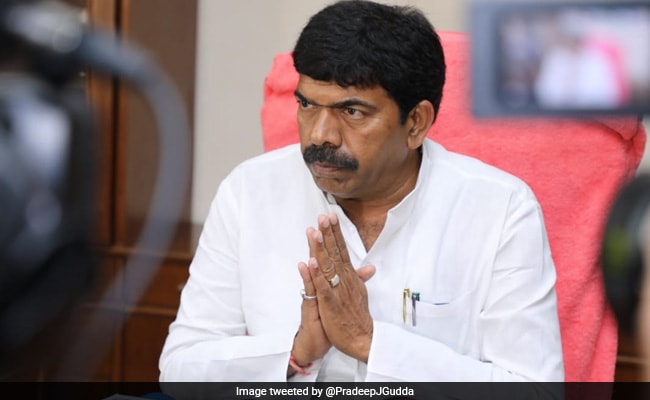 Madhya Pradesh minister and independent MLA Pradeep Jaiswal on Wednesday said he is with Chief Minister Kamal Nath as long as the latter is in power, but all his options will be open in case the 14-month-old Congress government falls.

Mr Jaiswal's comments came amid political turmoil in the state triggered by alleged poaching efforts to topple the Nath-led Congress government which assumed office in December 2018.

The independent MLA from Waraseoni in Balaghat district, a former Congressman, holds the mining portfolio in the Kamal Nath cabinet.

The Congress has alleged the BJP is making attempts to poach its MLAs in a bid to topple of the Congress government, a charge denied by the opposition party.

Pradeep Jaiswal is with him (Nath) as long as Kamal Nath ji is there (in power). If the government falls in future, my options will be open for development of my area and I will act according to desire of the people of my constituency, Mr Jaiswal told reporters on Wednesday.

The minister was asked about his options in case of change of government in the state.

Asked if he would join a BJP government, Jaiswal said, Whichever government is there, my options would be open for development of my constituency and district."

"I have been associated with Kamal Nath ji since the last two decades. So, despite the BJPs offers just after winning the elections, I decided to go with him (Nath).

"I only said I will work as per the wishes of my electorate in case of any change, Jaiswal said and maintained he is not going to support any other party."

A four-time MLA, Jaiswal contested as a rebel Congress candidate after his party denied him a ticket for the November 2018 assembly polls.

The Congress government appears to have survived a poaching bid, with senior party leaders on Wednesday blaming the BJP for the alleged move and Nath asserting that there was no threat to his regime.

In a late-night political drama in Madhya Pradesh, the Congress claimed the BJP took eight MLAs to a hotel in Haryana as part of a conspiracy to topple the state government.

The BJP denied the charge that it was trying to destabilise the Congress government in Madhya Pradesh. "The BJP has nothing to do with it. The BJP is making no such effort," BJP state chief V D Sharma told reporters here, when asked about Congress' allegation of attempts to destabilise the state government.

The 230-member state Assembly has 114 Congress MLAs followed by the BJP (107). The simple majority mark is 116. Four Independent MLAs, two lawmakers of the BSP and one of the Samajwadi Party (SP) are providing crucial support to the Congress government. Two seats are currently vacant.