Ikea's Hyderabad store is the first step in the retailer's plans for India, with more outlets scheduled for Mumbai, Bengaluru and New Delhi 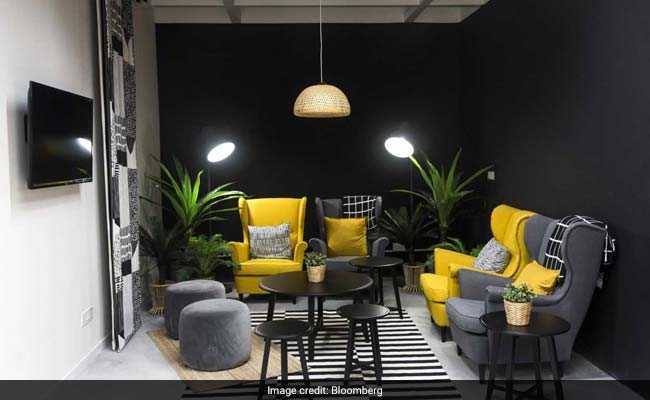 India's 1.3 billion people spend about $30 billion a year on furniture and household items

Ikea spent 12 years studying India and visited 1,000 homes in major cities to see how its people lived. Today, as a few dozen early shoppers walked through the doors as the emporium opened in Hyderabad, the acid test began of whether the furniture giant understands what Indian consumers want.

"I have no plans to blow a lot of money today, maybe just buy some kitchenware, but this is going to be a destination for me," said Rajani Venugopal, a businesswoman who waited about an hour and managed to be the first person in the doors.

Some 380 million Indians, a population bigger than the entire U.S., will join the middle class in the seven years through 2022. Ikea's 400,000-square-foot Hyderabad store is the first step in the retailer's plans for India, with more outlets scheduled to debut in Mumbai, Bengaluru and the New Delhi area soon after. By 2025, the company hopes to have 25 stores in the country.

"Ikea has an opportunity to pioneer modern retailing in the home improvement sector," said Ankur Bisen, head of retail and consumer division at Technopak Advisors Pvt., a consulting firm based near New Delhi.

India's 1.3 billion people spend about $30 billion a year on furniture and household items like bed linens and cookware, but 95 percent of those items are sold by small shops that offer custom-built products, according to Technopak. 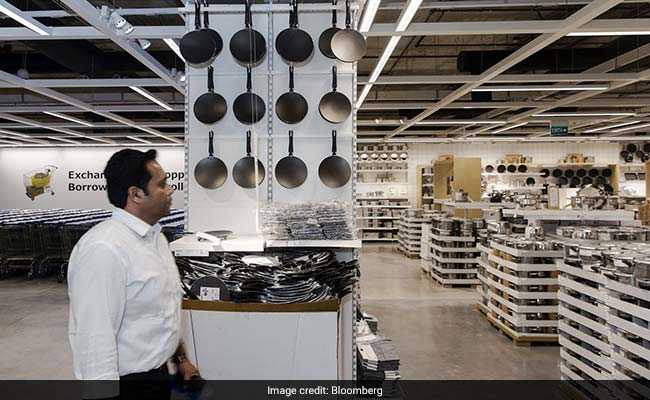 What started as a trickle of shoppers at 10 a.m., when the store opened, had turned into a steady stream about an hour later. Ikea expects as many as 6 million visitors annually at the store in the Hyderabad suburb known as Hitec City, a town full of new apartment towers where multinationals like Amazon.com, Dell Inc. and Deloitte have offices.

Among the first shoppers was Peraka Sadanandan, a man who had taken an overnight train with his wife to buy a sofa. The 48-year-old said he was a little surprised to discover that Ikea wasn't offering furniture assembly services to people who live outside the Hyderabad area, but he was undeterred.

Indian shoppers aren't used to assembling their furniture themselves, so Ikea is offering to deliver items and install them at people's homes, if they live nearby enough. 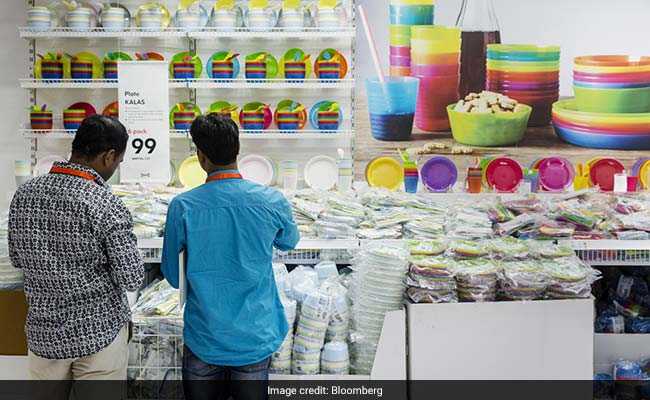 Other tweaks to the retailer's model appear at its 1,000-seat cafeteria, where half the menu items, including samosa and seasoned biryani rice, are Indian favorites. Ikea's iconic Swedish meatball are made of chicken or vegetables, to meet Hindu strictures against eating beef.

The furniture lineup includes more folding chairs and stools -- flexible seating -- for Indian households where relatives tend to pop in. Cabinets and countertops come at lower heights because India women tend to be shorter than Europeans and Americans. And since children often sleep in the same room as their parents, one model bedroom includes a child's bed amid all the furniture. The store also stocks at least 500 products that are priced under Rs 100 ($1.5). 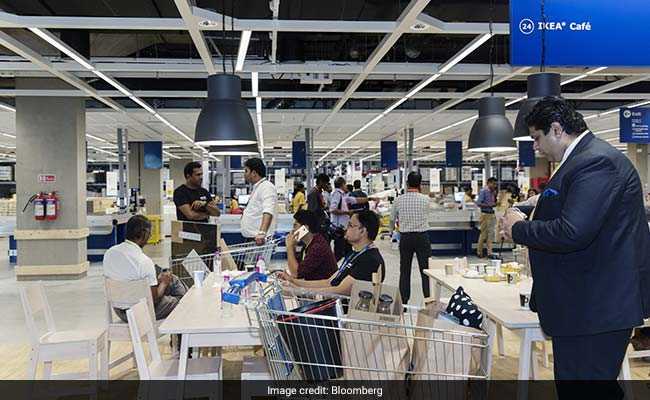 "Yes, we did something different for the India market," Ikea Group's Chief Executive Officer Jesper Brodin said in an interview. "Indian looks are super important. We need to connect to the Indian solutions."

Venkatesh Pola, a 38-year-old pharmacist from a nearby town, who'd bought a stool and some glassware, said he loved the store's automatic checkout.

"This DIY experience was amazing," he said. "I'd never touched a scanning machine in my life. At first I couldn't find the barcodes or figure out how to pay. But after doing it myself, I feel great."

(Except for the headline, this story has not been edited by NDTV staff and is published from a syndicated feed.)
Comments
IkeaIKEA Hyderabad