IKEA To Increase Investment In India, Plans To Open Over 40 Stores

The company officials on the launch of the store in Hyderabad today said they plan to open over 40 stores across different formats. 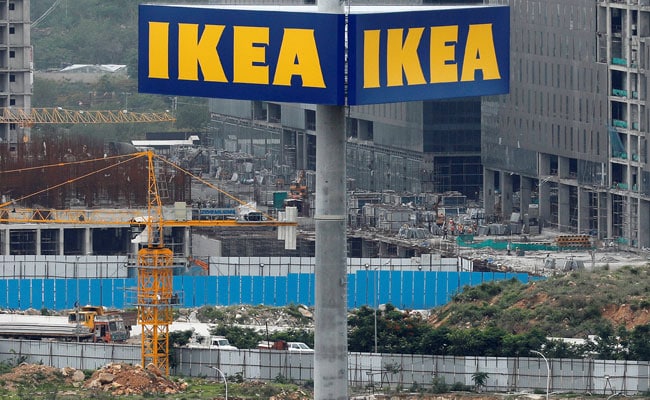 Buoyed by the rapid growth of the retail sector, leading Swedish home furnishings retailer IKEA plans to increase its investments in the country.

On the launch of the first India store in Hyderabad today, the company officials said they plan to open over 40 stores across different formats as against 25 stores planned earlier.

The furniture giant had earlier announced plans to invest Rs 10,500 crore to open 25 stores by 2025.

Officials told reporters that they would approach the Indian government for approval to pump in more Foreign Direct Investment (FDI) but declined to give the timeline or the quantum of the additional investment.

IKEA opened the first store today in Hyderabad almost five years after it received government approval in 2013 to invest Rs 10,500 crore in the country to open retail stores.

Patrik Antoni, Deputy CEO, IKEA India, told reporters that they have so far invested Rs 4,500 crore including in land.

"We find India is more positive now. There are a lot of youngsters. Economy is strong and it will be booming," he said.

Patrik said IKEA would have both large and small stores and more touch points. The e-commerce platform would be launched next year.

Peter Betzel, CEO, IKEA India, said IKEA's next store would open in Mumbai next summer and this would be followed by stores in Bengaluru and Delhi.

"Hyderabad is just a starting point. We have long term commitment to India," he said.

Jesper Borodin, CEO, IKEA Group told reporters that it is a proud moment as it marks a major milestone in a journey that started more than 30 years ago when IKEA partnered with local manufacturers in India.

"Now we have embarked on the journey of improving life at Indian homes," he said.

He promised that IKEA will offer affordability with great quality, accessibility with more stores and digital platform and it will be leader in sustainability.

India's retail sector is $600 billion and is expected to reach $1 trillion by 2020, said Ramesh Abhishekh, Secretary, Department of Industrial Policy & Promotion (DIPP), who was also present at the news conference.

He said there was huge scope for entry of major retail players like IKEA as 90 per cent of the retail sector is in unorganised sector.

Hyderabad store has come up over 13 acres in the heart of HITEC City, the information technology hub. The 400,000 sq ft. facility, which has come up with an investment of Rs 1,000 crore, houses the largest restaurant for IKEA anywhere, with a seating capacity of 1,000, serving Swedish and Indian dishes.

The store offers 7,500 affordable home furnishing products under one roof with more than 1,000 products priced under 200 rupees.

IKEA recruited 950 employees for the Hyderabad store and 50 per cent of them are women in tune with its policy. It plans to recruit 15,000 people in the country in the next few years.

Founded in 1943 by late Swedish entrepreneur Ingvar Kamprad, IKEA currently has 403 IKEA stores in 49 countries with a sales volume of 38.3 billion euros. According to the company 936 million customers visited its stores in FY17 and more than 2.3 billion people visited IKEA online.