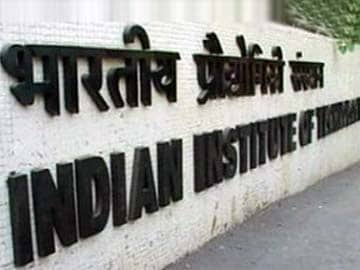 Kolkata: IIT Kharagpur has set a record among all IITs with more than a thousand of its students securing cushy jobs in the first phase of campus placements, officials said today.

Around 1,010 students of the Kharagpur campus accepted job offers in the first round of placements, which ended in December.

At IIT Mumbai, there were 900 offers while IIT Delhi got about 750 offers and IIT Kanpur had around 700 offers.

IIT officials said, Kharagpur has achieved a new record with the maximum number of students getting jobs in the IIT system in one phase.

In addition to big names like Google, Microsoft, Oracle, Shell, Deutsche Bank, ITC, Schlumberger, Goldman Sachs, Credit Suisse, Abbott and EXL, start-ups like Flipkart and Housing.com were the ones who made multiple offers in dual figures.

The highest package offered was from a US-based company which has signed an IITian for an annual salary of USD 1.25 lakh (around Rs 77 lakh).

The highest domestic package was of Rs 37 lakh. Two new dual degree programs - Financial Engineering and Engineering Entrepreneurship - proved to be a big hit with 85 per cent students from those courses being placed.

"The programs not only demonstrated acceptability by the industries, but projected the vision of IIT-Kharagpur for launching novel initiatives," said Professor Sudhir Kumar Barai, in-charge of training and placement, of the institute.

Promoted
Listen to the latest songs, only on JioSaavn.com
The number of companies offering placements have also increased this year with 195 organisations coming this time.

Barai said another 79 engineering students have accepted pre-placement offers from other companies.