Abdulla Shahid said the visit of Mohamed Solih aims to strengthen the bilateral ties with India, which, he asserted has always come to the aid of the island nation whenever it needed. 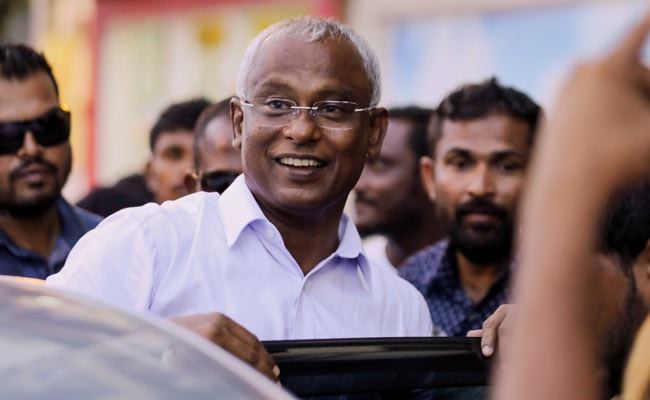 Newly-elected Maldives President Ibrahim Mohamed Solih will be on his first foreign visit to India next month to further strengthen the bilateral ties with the country, Maldivian Foreign Minister Abdulla Shahid said Monday.

A ministerial delegation from Maldives, including Mr Shahid, Minister of Finance Fayaaz Ismail, Minister of Economic Development Ibrahim Ameer and Minister of State for Foreign affairs Ahmed Khaleel, is currently on a visit to India.

Mr Shahid said the visit of Mr Solih aims to strengthen the bilateral ties with India, which, he asserted has always come to the aid of the island nation whenever it needed.

"The new Maldives government considers India such an important partner that President Solih would be making his first foreign visit to India next month on December 17," he told reporters at the Foreign Correspondents Club.

"We want to assure India that we are back in business and we would not hide behind scourge of corruption," he said.

Maldives Finance Minister Ismail said the new government is seeking budget support from India in a number of areas, including health care.

Mr Solih, as the opposition Maldivian Democratic Party's candidate, had a surprise victory over strongman Abdulla Yameen in the presidential election held on September 23.

India-Maldives ties had deteriorated significantly under Mr Yameen, who was perceived to be close to China.

Some decisions by Mr Yameen, including imposition of restrictions on work visas for Indians and signing of a new Free Trade Agreement with Beijing, also did not go down well with New Delhi.

Relations between India and the Maldives slumped further after Mr Yameen imposed emergency on February 5 this year, which lasted for 45 days.

India had criticised his decision and asked his government to restore the credibility of the electoral and political process by releasing political prisoners.