The sixth edition of the exercise ''Desert Flag-VI'' was conducted from March 4 to 27 at Al Dhafra air base in the United Arab Emirates (UAE), they said. 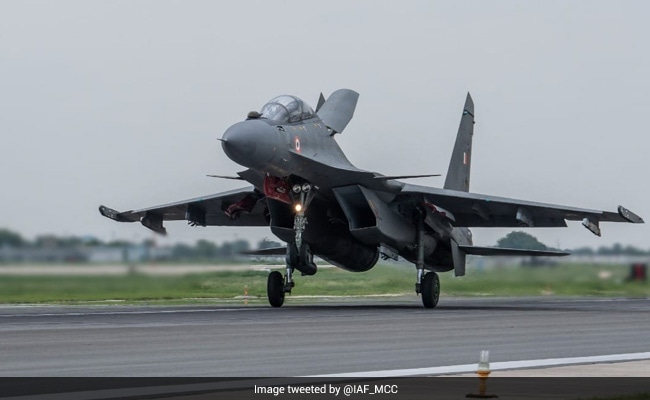 The Indian Air Force participated in the exercise for the first time, said the Defence Ministry

In reflection of its gradual expansion of defence ties with the United Arab Emirates, India participated in a multilateral air exercise in the Gulf nation alongside several other key players, including the US and France, officials said on Saturday.

The sixth edition of the exercise ''Desert Flag-VI'' was conducted from March 4 to 27 at Al Dhafra air base in the United Arab Emirates (UAE), they said.

The exercise was also joined by Saudi Arabia and Bahrain, while Jordan, Greece, Qatar, Egypt and South Korea participated as observer forces, the officials said.

It's a Wrap!
After successful completion of #ExDesertFlag-VI, IAF contingent & all birds have landed back in India.

Thank you UAE Air Force for excellent support & hospitality. It was a great opportunity to fly together.#IndiaUAE

"The Indian Air Force participated in the exercise for the first time, fielding Su-30MKI fighter aircraft," the Defence Ministry said.

It said the objective of the exercise was to expose participating forces to large force deployment, sharpen tactical capabilities, and enhance interoperability along with fostering closer relations.

"During the exercise, the IAF flew large force engagement (LFE) missions in near realistic environment involving many aircraft of varied types. The IAF successfully undertook all the planned missions, both by day and night," the ministry said in a statement.

It said the exercise in the UAE with friendly forces afforded a unique opportunity to gain valuable learning experience to all the participating forces.

"The knowledge gained, lessons learnt and bonds made during the course of exercise Desert Flag-VI will go a long way in bolstering professional capabilities of the participating forces," the ministry said.

The defence and security ties between India and the UAE are expanding steadily.

In February, India sent a warship to Abu Dhabi to participate in two naval defence exhibitions.

Chief of Army Staff Gen MM Naravane visited the UAE in December last in the first ever visit by a head of the 1.3 million strong Army to the strategically important Gulf nation.

The Indian Navy said it provided cover to the IAF fighters while they were flying over the Arabian Sea on their way back from the UAE.