Rahul Gandhi evaded a direct reply to a question on who would be the Prime Minister if the Congress and other non-BJP parties get a majority. 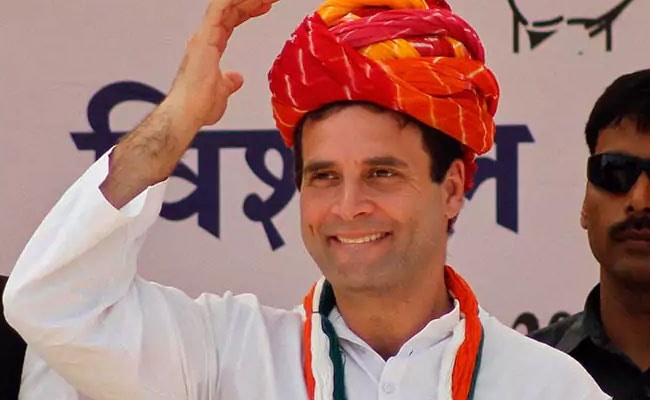 Rahul Gandhi predicted that the BJP would not get even 230 Lok Sabha seats in the 2019 polls. (File)

Congress president Rahul Gandhi on Tuesday said that he is married to the party. He made the comment during an interaction with editors when he was asked about his marriage plans.

Mr Gandhi, on a two-day visit to Hyderabad, said Narendra Modi will not become Prime Minister in 2019.

He predicted that the BJP would not get even 230 Lok Sabha seats and hence there was no question of Narendra Modi becoming Prime Minister again. The BJP tally would be cut primarily due to the alliance among non-BJP parties in Uttar Pradesh and Bihar, he said.

The Congress president evaded a direct reply to a question on who would be the Prime Minister in the event of Congress and other non-BJP parties getting a majority. He merely said they would work it out.

Mr Gandhi said the party's state units were free to have alliances with like-minded parties. He was confident that the Congress would come to power in Telangana.

Asked about Andhra Pradesh, where Congress drew a blank in the 2014 polls, he said the party was improving its position.

He voiced concern over growing intolerance in the country. He said that minorities were feeling insecure.

He called for addressing the problems of farmers and providing employment to the unemployed. He said Modi had failed to fulfill his promise of providing two crore jobs annually.

"China provides employment to 50,000 people in 24 hours while in India only 458 people get employment during this duration," he said.