"If Elected, We Will Give You GST, Not Gabbar Singh Tax": Rahul Gandhi

"There will be only one tax level. There will not be five different taxes," Rahul Gandhi said. 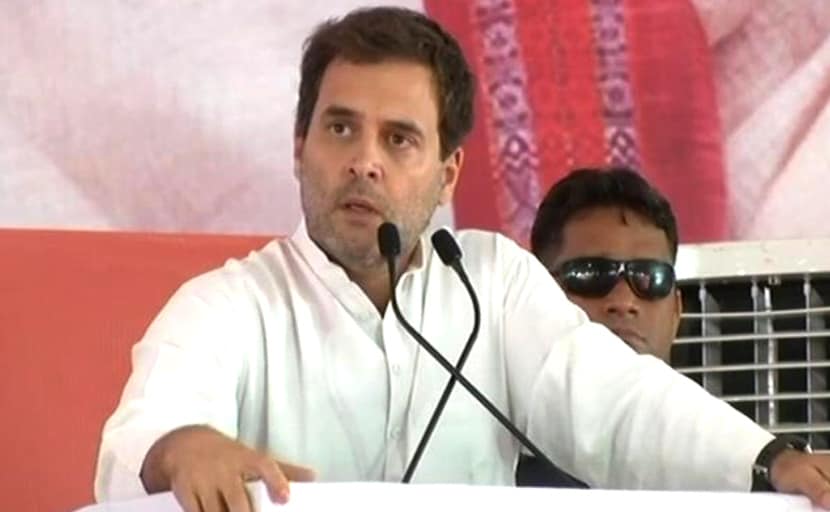 Congress President Rahul Gandhi today slammed the Goods and Services Tax as "Gabbar Singh Tax" and said that one slab GST would be implemented when the "Congress party-Government" comes to power at the centre.

Speaking at an interactive meeting with women Self-Help Groups, organised by the Telangana Pradesh Congress Committee, he also attacked the NDA government, saying it waived loans of

Rs 2.5 lakh crore of the 15 richest businessmen in the country during the past two years.

"No, (it is) Gabbar Singh Tax. This GST is a way of removing money from the pockets of the poor. This is not GST, this is Gabbar Singh Tax. When the Congress Party government comes (to power), we will give you GST - Goods and Services Tax."

"In that, there will be only one tax level. There will not be five different taxes. In that, you will not have to fill different (compliance) forms every month", he responded to a woman who complained about being levied GST.

Mr Gandhi arrived in Hyderabad to a rousing reception on a two-day visit, his first to Telangana after becoming the party President.

The Congress leader also said he would not make false promises and pointed out that the Karnataka government, in which Congress was also part of, was implementing the farm loan waiver scheme.

While Prime Minister Narendra Modi talked about providing enhanced Minimum Support Price for various crops, entailing an expenditure of Rs 10,000 crore for the entire country, the Congress Government in Karnataka had implemented loan waiver of Rs 30,000 crore, he said.

Even as the poor stood in queues at banks for their money after demonetisation was announced in November 2016, the cash deposited by them was used to cater to loan waiver of the rich, he alleged.

He also attacked the TRS government in Telangana. "Today, one-family government is running in Telangana. All benefits are being given to one family. Lands of farmers are being snatched, women SHGs are not helped, support required to be given to farmers is not given and only corruption is seen," Mr Gandhi said, targeting the family of Chief Minister K Chandrasekhar Rao. Tomorrow, Mr Gandhi would hold a teleconference with 31,600 booth committee presidents, mandal and district Congress presidents and also state unit office bearers.

Later, he would address about 150 young industrialists and CEOs from Telangana and Andhra Pradesh.

In the evening, Rahul Gandhi would attend a public meeting of students and unemployed youth at Saroornagar stadium.

He would leave for Delhi by 8.30 PM that night.