The Sambhal district veterinary officer has collected samples and sent the pigs for post-mortem. 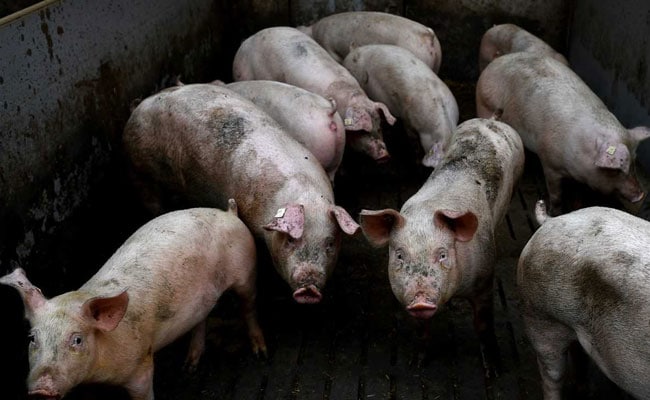 A resident said that 300 to 400 of his pigs have died so far. (Representational)

There have been many deaths of animals in the Alam Sarai area of Uttar Pradesh's Sambhal. Residents are worried as they depend on rearing animals for their livelihood. The population of pigs in the area has decreased to an unusual level.

The Sambhal district veterinary officer has collected samples and sent the pigs for post-mortem.

Kaushal, a resident of the area said, "The population of the locality was less than the population of pigs. Now only 10 per cent of the pigs are left. The deaths have caused people a huge loss as this was the only source of earning. There is no other business for the Dalits here."

"People have also sent applications to the authorities but a solution has not yet been found. The bodies of animals were buried with salt so that the city areas remain clean," he said.

Another resident Jitendra Kumar, said, "The disease has been spreading in the area for more than two months. We have filed complaints with the local authorities. Now very few pigs are left."

A resident of Alam Sarai, Bablu said, "The pigs of the locality have died. I too had 42 pigs which died. Around 300 to 400 pigs have died so far. At first, they suffered from fever, then breathing problems and then they fell on the ground."

Pradeep, another resident, said, "They suffered high fever and breathing difficulties and later succumbed to the disease. We reached out to the block authorities, but did not get a solution."

ANI contacted District Veterinary Officer Rajpal Singh who said that the issue came to notice just a week ago and officials looked into the matter.

"We have given some medicines to the animals who are currently suffering from fever and difficulty in breathing. There is no information on how many deaths have occurred so far. We have collected samples for lab tests and have taken a few dead bodies for post-mortem," said Mr Singh.