What PM Told Wife Of US Senator Who Missed Her Birthday For "Howdy, Modi"

"Howdy, Modi!": In a video tweet posted by the Prime Minister's Office after the "Howdy, Modi!" event, PM Modi is seen addressing US Senator John Cornyn's wife as he says "sorry", in a lighter vein. 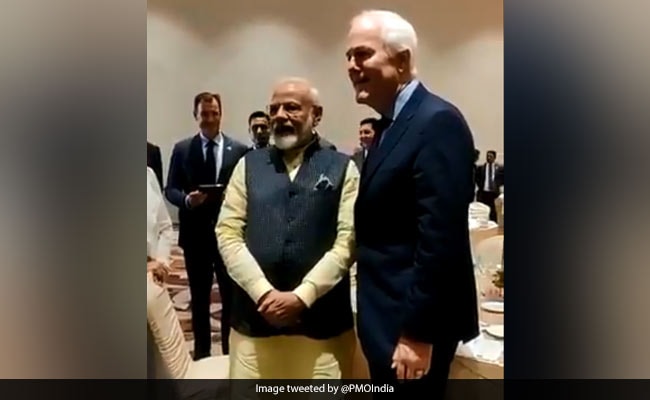 Prime Minister Narendra Modi apologised to the wife of US Senator John Cornyn, who missed her birthday because he was attending the mega "Howdy, Modi!" event in Houston on Sunday.

In a video tweet posted by his office, PM Modi is seen addressing the senator's wife Sandy as he says "sorry", in a lighter vein.

"I would like to say sorry because today is your birthday and your great life partner is with me so naturally you must be jealous today," PM Modi said, as the 67-year-old senator, standing next to him, chuckled.

"But...wish you all the best, wish you a happy life and very prosperous peaceful future for you. All the best," said the PM. The post collected some 6,500 likes and over 1,000 retweets within two hours of appearing on the Twitter timeline of the PM's Office.

The Cornyns have been married for 40 years and have two daughters.

John Cornyn, a senator from Texas, was among the Republican and Democratic lawmakers who attended the "Howdy Modi!" event.

PM Modi shared a stage with President Donald Trump and addressed a record crowd of 50,000 Indian-Americans at the giant NRG stadium.