How Women Should Dress During Pregnancy: UP University Starts New Course

According to the university, male students can also opt for the course on "garbha sanskar". 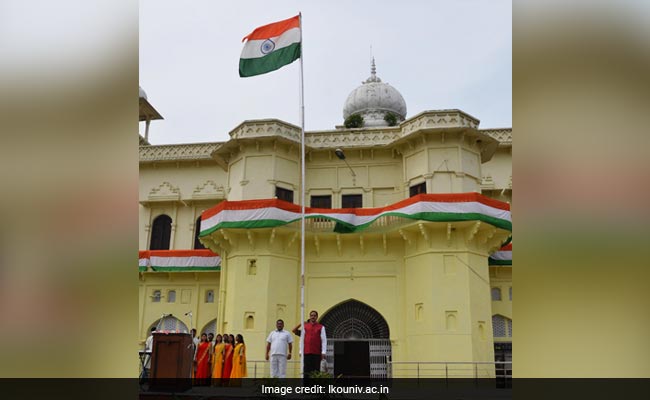 Students of Lucknow University and gynaecologists have welcomed the programme

Lucknow University is all set to become the first varsity in the country to launch a certificate and diploma course on "garbh sanskar" from the new academic session.

Under the new course, students will be taught about motherhood including what a pregnant woman should wear and eat, how should she behave and keep herself fit and what kind of music is good for her. The course is also a medium to generate employment.

According to the university, male students can also opt for the course on "garbh sanskar".

"The step has been taken after state governor Anandiben Patel, who is also the chancellor of state varsities, proposed the administration to train girls for their prospective role as mothers," Durgesh Srivastava, spokesperson of Lucknow University, told ANI.

Addressing students during the convocation in the varsity last year, Ms Patel gave the reference of Abhimanyu from Mahabharata who received warfare skills in his mother's womb. She had also claimed that there is an institute in Germany which had introduced such a course.

"A guideline has been prepared for this programme in which students will learn about 16 values. The programme mainly emphasises on family planning and nutrition value to be taken by pregnant women. Various workshops will be organised under this new course," Mr Srivastava said.

Students of Lucknow University and gynaecologists have welcomed the programme.

"The course is really nice and we welcome it. It is a sensitive issue. If students will be trained about motherhood, it would help a couple to have a healthy baby... It means a healthy future to our country," Sanjeev, a male student said.

"Our country has a rich culture and values. During both pre-conception and conception, the emotions and thinking of a woman reflect on her child. There is a need to look after women's activities, food and mental peace during pregnancy. This programme would support women and child welfare programme," she said.