How Anand Mahindra Reacted To Microsoft's Pledge On Being Carbon Negative

Microsoft Corp said that by 2050 it would remove from the environment all the carbon emissions it has created since it was founded in 1975. 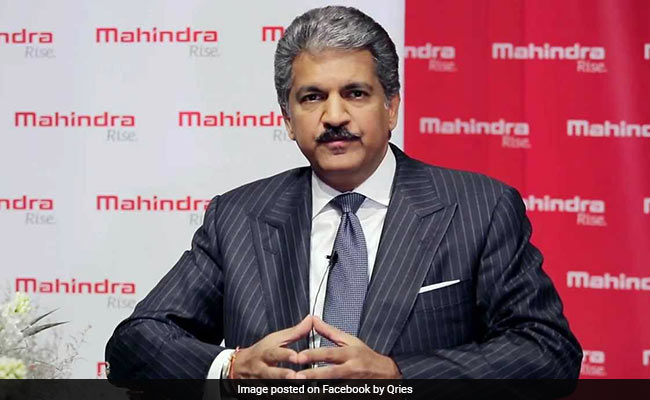 Businessman Anand Mahindra today congratulated Microsoft CEO Satya Nadella after the company pledged to remove as much carbon as it has emitted in its 45-year history.

"Bravo Satya Nadella," Mr Mahindra wrote on Twitter, adding that when he announced the intention of one of his companies Mahindra Rise to be carbon neutral by 2040, he thought they were "being bold".

"You have raised the bar for us all," the Chairman of Mahindra Group wrote for the Microsoft CEO's new goal.

Bravo @satyanadella When I announced the intention of @MahindraRise to be carbon neutral by 2040—10 years ahead of the deadline—I thought we were being bold. You have raised the bar for us all... https://t.co/7QOEoe5xqT

Microsoft Corp said the initiative by 2050 would be to remove from the environment all the carbon emissions it has created since it was founded in 1975.

"The scientific consensus is clear -- the world today is confronted with an urgent carbon crisis," Microsoft chief executive Satya Nadella was quoted as saying by news agency AFP.

"If we don't curb emissions and temperatures continue to climb, science tell us the results will be devastating," Mr Nadella said.

Microsoft, one of the world's most valuable companies, said it has been carbon neutral since 2012 but that "neutral is not enough to address the world's needs" to fight the effects of climate change.

Several tech companies, including Google and Apple, have committed to carbon neutrality and Amazon has said it would meet that goal by 2040. But efforts to reduce the impact of carbon emissions have been rarer.