'Hooliganism is at Its Peak,' Says Kashmiri Writer Returning Award 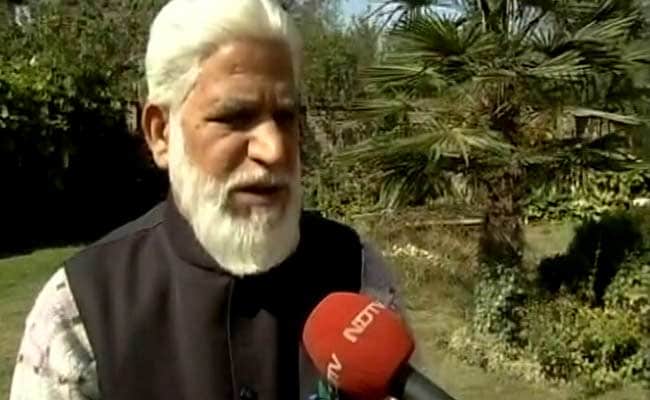 Mr Banhali said the current events should serve as an "eye-opener" for the government and strict action must be taken against those responsible.

Srinagar: Citing "growing intolerance and shrinking democratic space in the country", noted Kashmiri writer Margoob Banhali has returned his Sahitya Akademi Award that he received in 1979 and said he can no longer remain "a mute spectator".

Dr Banhali returned the award in protest of the death of 20-year-old Kashmiri trucker Zahid Bhatt who died after his truck was attacked with petrol bombs 10 days ago after rumours of cow killing surfaced in Jammu's Udhampur. He died while under treatment on Sunday.

"There were many occasions in the past, I thought of returning the award but I felt the atrocities will end, but after Zahid was burnt alive by the mob I see no hope now. I think this is the time for me to give up the award. This is the height of shamelessness. An innocent person is targeted just because he is a Muslim and a Kashmiri. Hooliganism is at its peak," Dr Banhali told NDTV.

Dr Banhali received the Sahitya Akademi Award for his book 'Partanistan'. He joins more than 40 Indian writers and poets who returned awards, many citing “growing intolerance” in the country and fuelling an intensifying national debate.

In the recent weeks, lynchings over alleged cow slaughter and beef consumption have been reported from several parts of the country; ink and paint attacks have taken place on columnist Sudheendra Kulkarni and a lawmaker from Jammu and Kashmir and over the last one year, three well-known rationalists have been murdered.

Mr Banhali said the current events should serve as an "eye-opener" for the government and strict action must be taken against those responsible.

"The government should give exemplary punishment to the perpetrators of atrocities. Let this serve as an eye-opener for others, there is no time to wait or else the entire nation will have to pay a heavy price," he said.