The home ministry said a section of media has erroneously reported that the ministry has written the letter to Punjab levelling "grave charges" against the farmers of the state. 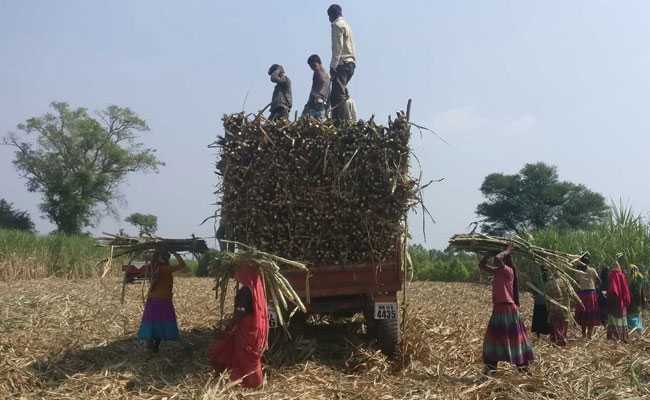 The home ministry had written a letter to Punjab on human trafficking syndicates and labourers.

The Union Home Ministry today termed media reports as "distorted" and "misleading" which linked its letter to the Punjab government on the plight of 58 "bonded labourers" rescued in the state to the farmers' agitation and said no motive should be ascribed to a routine communication over law and order issues.

The ministry said a section of media has erroneously reported that the ministry has written the letter to Punjab levelling "grave charges" against the farmers of the state.

"These news reports are misleading and present a distorted and highly editorialised opinion of a simple observation about a socioeconomic problem emerging from four sensitive border districts of Punjab over a period of two years, which has been brought to the attention of this ministry by the concerned Central Armed Police Force," the home ministry said in a statement.

The home ministry added: "Firstly, no motive can be ascribed to a letter issued by this ministry to a particular state or states as this is part of routine communication over law and order issues".

The ministry said the letter has also been forwarded to the Secretary, Union Ministry of Labour and Employment with a request to carry out a sensitisation exercise in all states to check the duping of vulnerable victims at the hands of unscrupulous elements.

"Secondly, some of the news reports about the letter have juxtaposed in a totally unrelated context to conclude that the MHA has framed 'grave charges' against the farmers of Punjab and has also connected this with the ongoing farmers' agitation," the statement said.

Farmers, mostly from Punjab and Haryana, have been protesting on the borders of Delhi against three central agri laws since late November, with the deadlock persisting even after several rounds of talks.

The home ministry said the letter clearly and only states that "human trafficking syndicates" hire such labourers and they are "exploited, paid poorly and meted out inhuman treatment" besides luring them with drugs to extract more labour, affecting their "physical and mental health".

"Keeping in view the multi-dimensional and overwhelming enormity of the problem, this ministry has only requested the state government(s) to take suitable measures to address this serious problem," the statement said.

In its communication dated March 17, the home ministry has conveyed to the Punjab government that 58 mentally challenged people belonging to Bihar and UP were found to be working as "bonded labourers" in the border districts of the state and asked it to take appropriate action to deal with the "serious" problem.

In the letter to the Chief Secretary of Punjab, the home ministry said the Border Security Force (BSF) has found that these 58 people, who were brought to Punjab with the promise of good salary but exploited, were given drugs and forced to work in inhuman conditions once they reached Punjab.

The home ministry said the BSF has informed that these labourers were apprehended from the border areas of Gurdaspur, Amritsar, Ferozepur and Abohar in Punjab in 2019 and 2020.

The opposition Shiromani Akali Dal, which had snapped ties with the BJP-led NDA over the issue of agri laws, had on Friday questioned the Centre's missive, alleging it was an attempt to defame the farmers of the state.