Kullu police advised local residents and tourists to not travel up to the higher reaches and snowbound areas of the district. 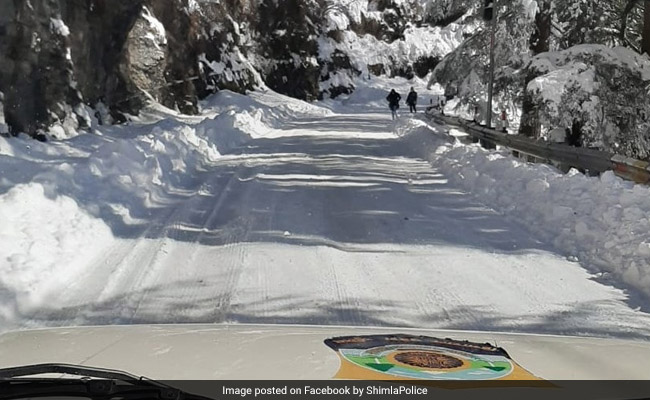 The Himachal Pradesh police have issued a fresh advisory asking people to keep in mind weather alerts issued by the meteorological department while travelling in the state.

In a Facebook post on Sunday night, Shimla police stated that the weather department has issued orange warning for January 13 and yellow warning for January 16 of heavy rain and snow. Keep in mind the weather alerts while travelling, the post added. In case of any help or further information, one can contact 112, 1077, 8894728034 or 0177-2812344, it added.

Earlier in the day, Kullu police advised local residents and tourists to not travel up to the higher reaches and snowbound areas of the district.

Kullu Superintendent of Police Gaurav Singh had said the Shimla Meteorological Centre forecast heavy rain and snowfall in the district from January 12 to 19. He added that people should avoid travelling to the higher reaches as it might prove fatal. In posts on Facebook and Twitter, Kullu police has asked people to call 1077, a toll free number in case of any emergency.

According to data provided on Sunday evening by an official of the State Disaster Management Authority (SDMA), 455 roads including 317 in Shimla zone are still blocked due to snow.

Around 409 machines, including 362 earth movers, 16 excavators and 31 dump trucks were working to clear the snow off the roads, the official added.