Crime against women, corruption and stress in the agriculture sector are some of the important issues that voters have raised in the Himachal Pradesh assembly election 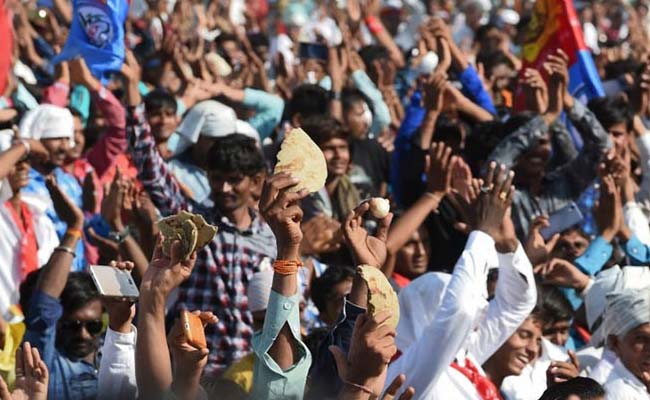 Himachal Pradesh Assembly Election 2017: Polling in the hill state is on November 9 (File)

Shimla: Political parties fighting to form government in Himachal Pradesh this year have raised law and order and corruption as the two most important issues in the hill state as BJP's Prem Kumar Dhumal tries to wrest power from Chief Minister Virbhadra Singh of the Congress. The Himachal assembly election is scheduled on November 9. The state, known for its rich horticulture produce, has seen public anger over issues other than agricultural problems and bijli, sadak, pani (power, roads, water).

The gang-rape and murder of a girl in Kotkhai, some 60 kilometres from state capital Shimla, in July this year and the custodial death of the accused have led to the arrest of some senior police officers. Many residents eventually came out on the streets in protest against what they called inefficient policing and rising crime in a state which used to be relatively safe for women.

Opposition parties in Himachal Pradesh have attacked Chief Minister Virbhadra Singh, 83, for allegedly not doing enough to check crime against women in the hill state. In this year's Himachal assembly election, women voters in Himachal Pradesh are demanding that the government take their safety seriously. Nineteen women are contesting for the 68-member assembly.

For voters in Himachal Pradesh's Jubbal-Nawar Kotkhai constituency, the 'botched' handling of the gang-rape case will certainly be in their mind while going to the polling booths.

Corruption is another big issue in the hill state. The Bharatiya Janata Party (BJP) has accused Chief Minister Virbhadra Singh of corruption in a CBI case in which the chief minister, his wife Pratibha Singh and some other people have already appeared in court in Delhi.

The chief minister has sought to deflect allegations of corruption against him. On Friday last, he said he found the BJP's fight against corruption "laughable", pointing to Mr Dhumal's two sons who are out on bail in a 2013 corruption case.

The incumbent chief minister and the BJP's chief ministerial candidate are likely to intensify making allegations and counter-allegations as both vie for voters' attention, each claiming to be the one who is not corrupt.

Another issue that will be in the mind of a large section of voters in the hill state is agriculture.

Promoted
Listen to the latest songs, only on JioSaavn.com
Himachal Pradesh is known for its wide variety of produce such as apples, and farmers who grow this cash crop say they have little to complain. However, a significant percentage of farmers who are not engaged in horticulture in the hill state say they have been left to fend for themselves against price rise and the effects of climate change in the ecologically sensitive region.

They have demanded better policies from the state government that will help them tide over any kind of farm crisis in the hill state.
Comments
Himachal PradeshVirbhadra Singh