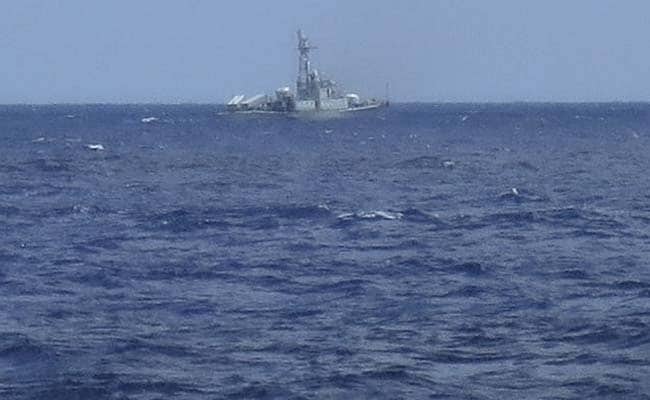 Kuala Lumpur: A cargo ship missing for a week with 14 crew members, including Indians, is feared to have been hijacked in the piracy-prone South China Sea, prompting Malaysian maritime authorities to launch a search today.

The Malaysian Maritime Enforcement Agency (MMEA) said a commercial vessel had reportedly spotted the missing ship about 23 nautical miles west of Miri yesterday evening and had notified the owners of the vessel MV Sah Lian.

"The ship was reported to have a damaged gearbox and propeller crankshaft," MMEA officials said.

"This morning the owner informed us and we quickly deployed our vessel," they said.

The owners of the Malaysian-registered vessel lost contact with it on September 3 while it travelled along the Malaysian state of Sarawak with a crew of 14, including Indians.

"We believe this ship has been hijacked and taken out of Malaysian waters. We believe it could be in Indonesian waters near the Natuna islands," said First Admiral Ismaili Bujang Pit, the state's coast guard chief.

The MV Sah Lian was said to be carrying a mixed cargo including iron products, piping and food from Kuching to the town of Limbang.

Southeast Asian waters are the world's most piracy-prone, according to London-based International Maritime Bureau (IMB).

In June, a Malaysian tanker was hijacked in the South China Sea. A week after the hijacking, eight suspected Indonesian pirates were arrested on a Vietnamese island after apparently fleeing the tanker in a lifeboat.