For Shah Rukh Khan, TED Talks in Vancouver was like a crucial viva voce. He prepared for it all over the place - under the blanket, on the breakfast table and in his office 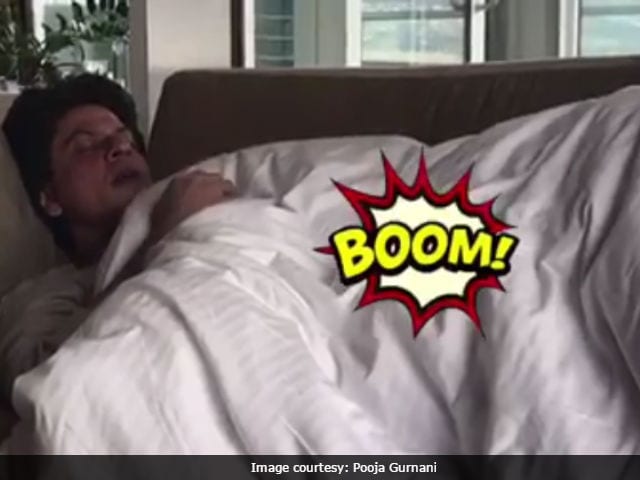 New Delhi: Remember your days leading to a crucial viva voce? To Shah Rukh Khan, TED Talks in Vancouver was like one such exam. Shah Rukh's manager, Pooja Gurnani, shared a hilarious video of the 51-year-old actor preparing for TED Talks. Shah Rukh can be seen rehearsing his lines all over the place, literally. The video puts together snippets of SRK revising his lines while lying on a couch under a blanket, at the breakfast table, in his office and well, everywhere. Pooja Gurnani said: "Even watching him prep is a delight," and we must agree. Shah Rukh reposted the on his Instagram and captioned it: "You have made my practice sessions public. Now everyone will know I am not smart."

U have made my practice sessions public!!! Now everyone will know I am not smart.

Shah Rukh Khan was truly inspirational while speaking in Vancouver in April. His words on humanity, which he said is "like me, an ageing movie star," got maximum cheers. He also addressed the rumours about his youngest child AbRam, 5, being the 'love child' of his eldest child Aryan, 19. In the TED Talk, Shah Rukh reiterated the blurring boundaries between the virtual and real in a world which is grappling to keep pace with technological advancements and social media.

Promoted
Listen to the latest songs, only on JioSaavn.com
Here's the full video of Shah Rukh Khan at TED Talks in Vancouver:
Shah Rukh Khan was last seen in Rahul Dholakia's Raees and his next, directed by Imtiaz Ali, is releasing in August. The film also stars Anushka Sharma. He also has a film with Aanand L Rai in the pipeline.