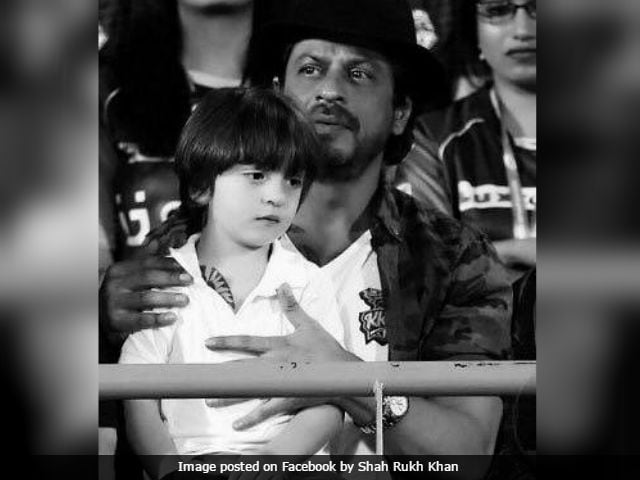 New Delhi: Shah Rukh Khan's TED Talk was replete with his characteristic humour but in between the one-liners and quips, he said things not just deep and wise but also significant to his own life - he addressed, for instance, rumours that his youngest child AbRam, 4, is actually the son of his eldest child, Aryan, 19. There are 12 years between AbRam and SRK's middle child, 16-going-on-17 daughter Suhana, and his birth was heralded by rumour and gossip. As SRK tells it in his TED Talk, one rumour suggested that an alleged liaison Aryan, then 15, had in Romania produced a child that Shah Rukh Khan and his wife Gauri passed off as their own. It is popularly supposed that AbRam Khan was born via surrogacy - this has never been officially confirmed.

Speaking at the TED Talks in Vancouver two weeks ago, Shah Rukh Khan said, "Four years ago, my lovely wife Gauri and me decided to have a third child. It was claimed on the net that he was the love child of our first child, who was 15-years-old. Apparently, he had sown his wild oats with a girl while driving her car in Romania. And yeah, there was a fake video to go with it. And we were so disturbed as a family. My son, who is 19 now, even now when you say 'hello' to him, he just turns around and says, 'But bro, I didn't even have a European driving license.'"

SRK said this while on the topic of social media. He continued, "Reality became virtual and virtual became real. I started to feel that I couldn't be who I wanted to be or say what I actually thought. And humanity at this time completely identified with me. Both of us were going through mid-life crisis. Humanity, like me, was becoming an over-exposed prima donna."

Watch Shah Rukh Khan's TED Talk - he speaks about AbRam and Aryan at about 7.09:

Promoted
Listen to the latest songs, only on JioSaavn.com
AbRam is his father's near constant companion now, accompanying him to cricket matches and on late night walks. Shah Rukh Khan never lets his insanely busy schedule interfere with daddy duty. Spotted in his car by a fan recently, SRK revealed on Twitter that he had been dropping AbRam to school.

Shah Rukh Khan, whose last film was January's Raees, is going to host the Indian version of TED Talks.