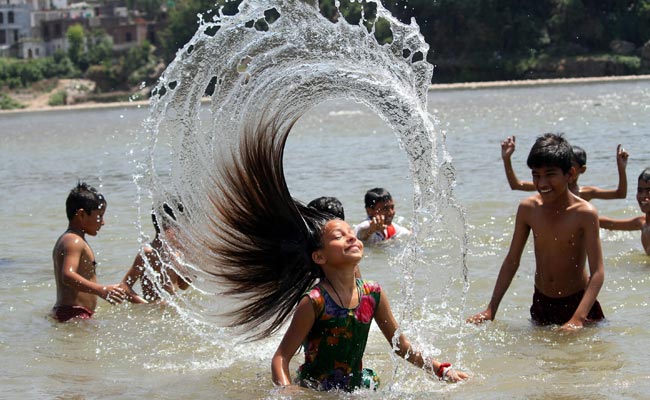 Children swim and play in a pond. North, Central and Western India is experiencing a heat wave.

New Delhi: It's just the third week of April, but temperatures across northern, central and western India have crossed 45 degrees Celsius. The weather department says that most of India is facing a severe heat wave. Though temperatures around 45 degrees is not new, it is unexpected for this time of year - some say a month early. The MeT department, however, said this is temporary and farmers need not worry about a prolonged dry spell. Monsoons are expected to be normal.

Here are the 10 latest updates about the heat wave condition: