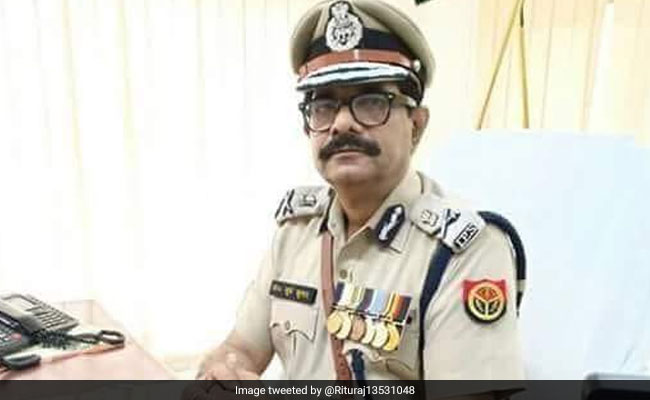 A senior police officer in Uttar Pradesh, who was on camera earlier this year pledging to build a Ram temple in Ayodhya, has landed in a new controversy just days before his retirement on August 31.

Surya Kumar Shukla, an Indian Police Service officer, wrote to Chief Minister Yogi Adityanath listing four post-retirement jobs the UP government can offer him. The letter, written on July 23 on an official letterhead, has been leaked.

In the damning note, the IPS officer also says he is very eager to campaign for the ruling BJP in the 2019 national election.  To make out a case for a plum job after retirement, the officer refers to his many postings in various departments of the police.

When NDTV contacted him, Mr Shukla didn't deny the letter. "I cannot confirm or deny specific letters. But yes, every officer wants to serve the state after retirement and I have an unblemished career record. So what is wrong in proposing this to the government in power?" he said on the phone.

In February, Mr Shukla was seen at a programme at the Lucknow University taking this pledge: "We, Ram bhakts (devotees), pledge that a grand Ram temple will be built soonest. Jai Sri Ram."

The IPS Association, a body of police officers, put out a video of the pledge and said it wasn't in line with the ethos that the police service stands for. Mr Shukla, in his defence, said his statement was "misinterpreted" and edited.

"I was taking a pledge to create an atmosphere of harmony. The video that has gone viral is an edited version and portions have been deleted deliberately to create mischief," he had insisted, adding, "It was more about creating a peaceful environment for the construction of the temple rather than the construction itself."