The state government will speak to the RBI on the issue of merger of the Maharashtra State Cooperative and PMC banks if needed, Jayant Patil said. 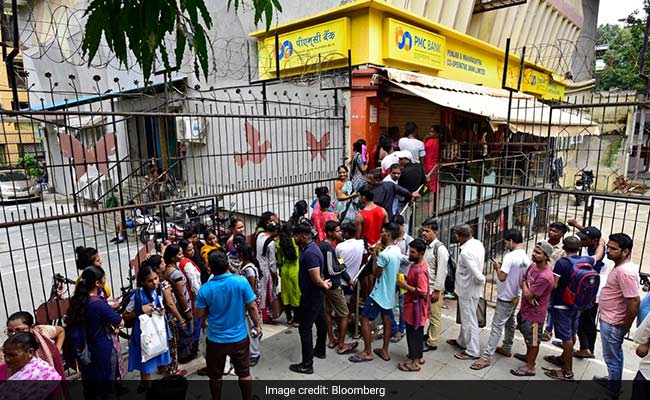 The Maharashtra government has suggested the merger of the scam-hit Punjab & Maharashtra Cooperative (PMC) Bank with the MSC Bank in an attempt to provide relief to depositors of the troubled lender, state minister Jayant Patil said on Thursday.

The state government will speak to the Reserve Bank of India (RBI) on the issue of merger of the Maharashtra State Cooperative (MSC) and PMC banks if needed, he said.

"I spoke to the MSC Bank chairman day before yesterday. We have suggested the MSC Bank to try and merge the PMC bank with it so that the poorest of its depositors get relief," Mr Patil told reporters in Mumbai.

The PMC Bank has been put under restrictions by the RBI after an alleged Rs 4,355 crore scam came to light following which the deposit withdrawal was initially capped at Rs 1,000, causing panic and distress among depositors.

The withdrawal limit has been raised to Rs 50,000 in a staggered manner. At least eight depositors, who had a large amount of money in the bank, died in the last couple of months, including one who allegedly committed suicide.

"We want to assure the PMC Bank depositors that the government stands with them. The merger of the two banks will definitely help small depositors," the minister said.

Mr Patil, who has earlier been the finance minister of Maharashtra, said the MSC Bank's health is good and there should be no problem in case the PMC Bank is merged with it.

The Maharashtra NCP chief also said that it may take one-and-a-half months to complete the process.

The PMC Bank, which has around 16 lakh depositors, was placed under an RBI administrator on September 23 for six months due to massive under-reporting of dud loans.

The bank, over a long period of time, had given more than Rs 6,700 crore in loans to the Housing Development and Infrastructure Ltd (HDIL), which is 73% of its total advances, and this turned sour with a shift in the fortunes of the now bankrupt company.

Its total loans stand at around Rs 9,000 crore and the deposits at over Rs 11,610 crore. There have been massive protests across city from the PMC Bank depositors following the RBI action.

Twelve people, including top officials of the PMC Bank and HDIL, have so far been arrested by Mumbai Police's Economic Offences Wing (EOW) in connection with the scam.

The EOW suspects a nexus between some of the accused and HDIL, whose mammoth loan defaults are said to have caused a liquidity crisis at the bank leading to the appointment of administrator by RBI and restrictions on withdrawal of funds.