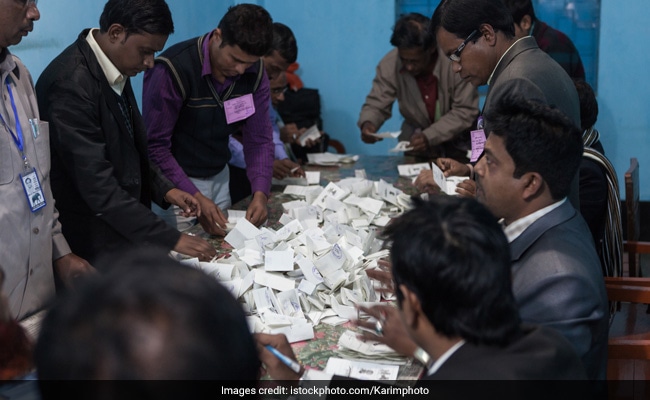 2019 Haryana Election Results: The voter turnout in Haryana was 68.47 per cent.

The much-awaited Haryana Election results will be declared today and the fate of over 1,000 candidates will be decided as the counting of vote begins at 8 am. The key parties Congress, BJP, Indian National Lok Dal and Jannayak Janta Party campaigned extensively in the state. While the BJP, led by Chief Minister Manohar Lal Khattar, eyes its 'Mission 75' by winning more than 75 seats in the 90-member Haryana Assembly, the Congress, led by state party chief Kumari Selja and party heavyweight Bhupinder Singh Hooda, look to unseat the BJP in the state. Re-polling took place in five polling booths on Wednesday due to "shortcomings". The poll of exit polls predicted the BJP is likely to win 66 of 90 seats while the Congress scores 14. In 2014, the BJP won 47 seats and the Congress 15, with two Haryana Janhit Congress legislators later merging with it. The INLD had 19 seats and the Bahujan Samaj Party and the Shiromani Akali Dal one each. There were five independents. Later, two INLD legislators died and barring Abhay Singh Chautala, most other INLD MLAs and prominent leaders switched to the BJP, Congress or JJP.