Happens When You Have "WhatsApp University Degree": Congress Mocks PM

The statement that PM Narendra Modi attributed to Omar Abdullah appeared to be from a satire website. 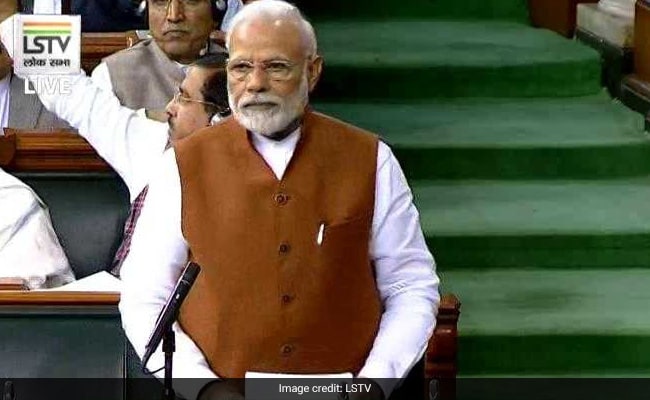 PM Modi blamed Omar Abdullah and other J&K leaders for the rise of terrorism.

Prime Minister Narendra Modi is quoting a "satirical website" to justify his actions on Jammu and Kashmir Chief Minister Omar Abdullah, under arrest for six months, the Congress said, a day after PM Modi attributed a statement to the Kashmir politician in parliament.

Mr Abdullah's party had said the National Conference leader did not say that scrapping the erstwhile state's special status would "bring an earthquake that would separate it from India".

"Mehbooba Mufti said 'India has cheated Kashmir. It seems we picked the wrong side in 1947'. Omar Abdullah had said 'Removing Article 370 would bring an earthquake that will separate Kashmir from India'. Farooq Abdullah said 'if Article 370 is removed, there will be no one in the valley to unfurl the Indian flag'. Can any person devoted to the Indian constitution ever accept this?" PM Modi said in parliament.

Taunting the Prime Minister, the Congress tweeted, "(PM) Modi quotes a satirical website, literally called 'Faking News' to justify his draconian actions against former J&K CM Omar Abdullah. This is what happens when the only degree you have is from WhatsApp University."

This is what happens when the only degree you have is from WhatsApp University. https://t.co/SGuQS4JF3x

The statement that PM Modi quoted appeared to be from a satire website FakingNews.com.

PM Modi attacked Omar Abdullah, his father Farooq Abdullah and Peoples Democratic Party chief Mehbooba Mufti - all three former Chief Ministers - who are among several politicians under detention since August last year when the government scrapped Jammu and Kashmir's special status and divided it into two union territories, over their criticism of the move.

Ms Mufti and Omar Abdullah were on Thursday charged under the Public Safety Act - a stringent law that allows detention without trial for up to three months and multiple extensions. Farooq Abdullah, 83, was charged under the same law in December.