Hafiz Saeed, who carries a bounty of USD 10 million announced by the US for his role in terror activities, has been under detention since January this year. 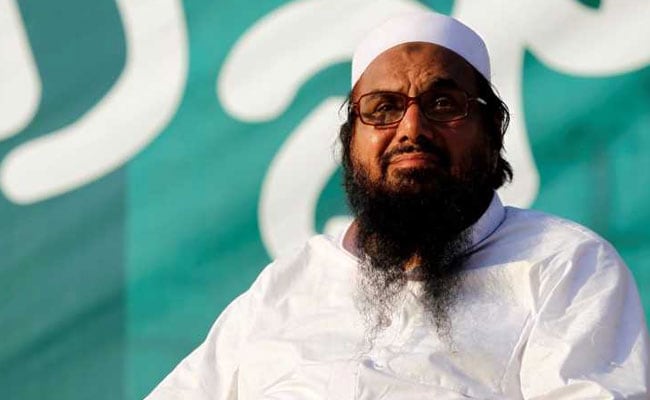 Hafiz Saeed has been released from house arrest, a spokesperson for the Jamaat-ud-Dawah said (File Photo)

Lahore: Mumbai attack mastermind and Jamaat-ud-Dawah (JuD) chief Hafiz Saeed has been released from house arrest, a spokesperson for the banned outfit said today after the Pakistan government decided against detaining him further in any other case.

The JuD head, who carries a bounty of USD 10 million announced by the US for his role in terror activities, has been under detention since January this year.

The Judicial Review Board of Punjab province comprising judges of the Lahore High Court yesterday unanimously ordered Saeed's release on the completion of his 30-day house arrest which expired tonight.

"We are happy to see our leader free," a JuD spokesman Ahmad Nadim told PTI.

"Hafiz sahib received his release order from the jail officials. Now he is a free man," Ahmad said. He said after his release Saeed thanked to his supporters gathered outside his house.

"Saeed has been freed as the Punjab government decided not to detain him further in any other case," a top official in the government told PTI.

He said after a long deliberation by the officials concerned it has been decided to follow the review board's decision.

Official sources said that Saeed's release would invite strong criticism from India and the US.

Several JuD activists gathered outside Saeed's residence in Jauhar town in Lahore to celebrate his release.

On January 31, Saeed and his four aides - Abdullah Ubaid, Malik Zafar Iqbal, Abdul Rehman Abid and Qazi Kashif Hussain - were detained by the Punjab government for 90 days under Anti-Terrorism Act 1997 and the Fourth Schedule of Anti- Terrorism Act 1997. However, the last two extensions were made on the 'public safety law'.

The board refused to give further extension to the detention of Saeed's aides. They were set free last month. Under the law, the government can detain a person for up to three months under different charges but for extension to that detention it needs approval from a judicial review board.

The JuD is believed to be the front organisation for the banned Lashkar-e-Taiba (LeT) which is responsible for carrying out the Mumbai attack.

Saeed was put under house arrest after the Mumbai terror attack in November 2008 but he was freed by court in 2009.

India has repeatedly asked Pakistan to re-investigate the Mumbai terror attack case and also demanded trial of Saeed and Lashkar-e-Taiba operations commander Zakiur Rehman Lakhvi in the light of evidence it had provided to Islamabad.

Ten LeT terrorists killed 166 people and wounded dozens in Mumbai in November, 2008. Nine of the attackers were killed by police while lone survivor Ajmal Kasab was caught.

Kasab was executed after a court found him guilty and handed down the death sentence.

Promoted
Listen to the latest songs, only on JioSaavn.com
Saeed was declared a global terrorist by the US and the UN over his alleged role in the attack.

2 BJP MPs Who Won In Bengal Quit Seats, Party Down To 75 MLAs