The Kartarpur Corridor: Pakistan is building the corridor from the Indian border to the Gurdwara Darbar Sahib while the other part from Dera Baba Nanak up to the border will be constructed by India. 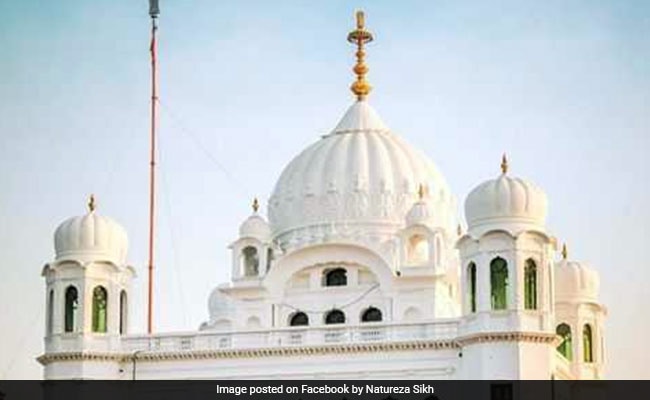 Pakistan will start a month-long visa process starting September 1 for the Sikh pilgrims from India and other countries who plan to attend the 550th birth anniversary of Baba Guru Nanak in November.

The decision was taken on Wednesday by Pakistan's Religious Tourism and Heritage Committee (RTHC) during a meeting chaired by Governor Chaudhry Sarwar at the Governor House.

"Visa process for the Sikh pilgrims from India and other countries will start from September 1 and complete by September 30 in connection with 550th birth anniversary of Baba Guru Nanak on November 12," Governor Chaudhry Sarwar said.

Talking to reporters at the Governor's House, Mr Sarwar said: "Pakistan will complete the Kartarpur Corridor Project by November."

He said the work on setting up a 'tent city' in Nankana Sahib would begin next week and funds had been provided for the completion of a road from Sucha Sauda to Nankana Sahib and work on the project would begin shortly.

Special shuttle service will be launched from the Wagah railway station to the birth place of Baba Guru Nanak.

Pakistan and India are still discussing the modalities regarding opening of the corridor at Narowal, some 125-km from Lahore, for Indian Sikhs on the occasion of 550th birth anniversary of Guru Nanak.

The corridor will connect Darbar Sahib in Pakistan's Kartarpur with Dera Baba Nanak shrine in Gurdaspur district and facilitate visa-free movement of Indian Sikh pilgrims, who will have to just obtain a permit to visit Kartarpur Sahib, which was established in 1522 by Guru Nanak Dev.

On Sunday, Pakistan said that they are committed to complete Kartarpur Corridor, despite tense ties between the two countries.

Once open, the corridor will become the first visa-free corridor between India and Pakistan since independence in 1947.

Pakistan is building the corridor from the Indian border to the Gurdwara Darbar Sahib while the other part from Dera Baba Nanak up to the border will be constructed by India.