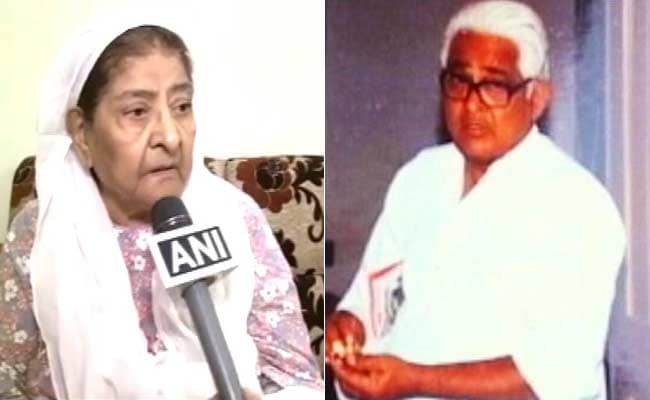 Zakia Jafri's husband Ehsan Jafri, a Congress lawmaker, was among 69 people killed in the Gujarat riots massacre at Gulbarg Society.

New Delhi: Former CBI Director RK Raghavan, who headed the Special Investigation Team (SIT) to probe cases including the Gulbarg Society massacre, today expressed disappointment over the acquittals and said they would decide whether to appeal against the dropping of conspiracy charge against all the accused.

"There is a kind of mixed feeling over the conviction. I am slightly disappointed over acquittals. That's the part of the game and you can't be winning all the time. I am neither ecstatic nor frustrated. I'll take it in my stride," he said.

Mr Raghavan said he did his best as an investigating officer by placing facts before the court but it refused to buy his story.

"We did our best with all the facts before the court. It refused to buy our story. The court has believed us partly by not convicting all the accused. It shows the mettle of the Indian judiciary. They just want the Investigating Officer to place all the facts. And it is for the court to make a decision," the ex-SIT chief said.

Over dropping of the charge of criminal conspiracy against all the accused under section 120 B of the IPC, Mr Raghavan said, "We did include Section 120 B which defines criminal conspiracy in our chargesheet for a valid reason. But the court decided otherwise and I cannot comment on this aspect of the verdict before reading it,"

Several elements go into the offence of conspiracy, he added.

"I am sure the court has spelt out reasons why there is no  conspiracy. The judiciary should not agree with whatever we say. If we are not convinced with the rationale adopted by the judge then we will examine it and remit it through good legal authority/prosecutors and then decide if an appeal is possible," Mr Raghavan said.

A special SIT court here today convicted 24 of the 66 accused including a VHP leader in the 2002 post-Godhra Gulbarg society massacre, which left 69 people including former Congress MP Ehsan Jafri dead.

The court also acquitted 36 others including sitting BJP corporator Bipin Patel and also dropped the conspiracy charge under section 120 B of the IPC against all the accused.