Inspite of there being a minor dent of two seats in its urban seat tally in comparison to 2012, the BJP managed to retain the support of most of its urban voters. 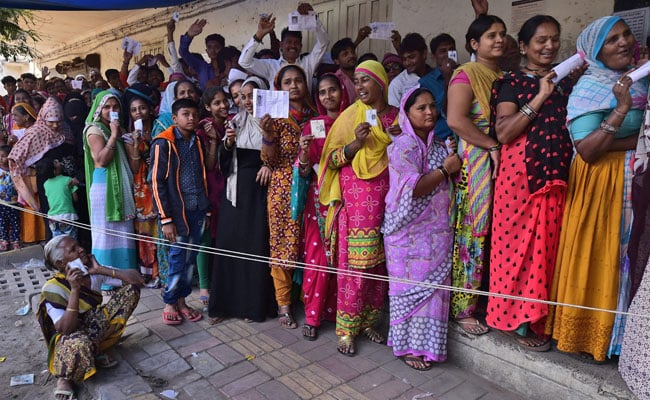 Ahmedabad: Though people turned up in large numbers to attend Patidar leader Hardik Patel's anti-BJP rallies in the cities of Gujarat, they ended up voting for the saffron party, which won nearly one-third of their total of 99 seats from eight major cities in the state.

Mr Patel had supported the Congress in the polls.

Though there was a minor dent of two seats in its urban seat tally in comparison to 2012, the BJP managed to retain the support of most of its urban voters.

On the other hand, rural voters put more trust on the Congress, which improved its rural tally significantly.

Out of the total 42 urban seats in Gujarat, the BJP won 36, while six went to the Congress. In 2012, the BJP's urban tally was 38 while the Congress bagged four seats - two in Ahmedabad and one each in Rajkot and Jamnagar city.

The 42 seats are spread across eight major cities with a municipal corporation.

In Ahmedabad city, which has 16 seats, the BJP won 12, and the Congress, four. In 2012, the tally was 14 and two respectively. Apart from retaining the Dariyapur and Danilimda (SC) seats, the Congress emerged victorious from Bapunagar and Jamalpur-Khadia this time.

The two parties won a seat each in Gandhinagar city, while Junagadh city's one seat, earlier held by the BJP, went to the Congress.

Barring these cities, the BJP made a clean sweep in the other mega urban areas.

It won all the three seats of Rajkot, both the seats of Jamnagar, the two urban seats of Bhavnagar, all the five seats of Vadodara city and all 11 seats of Surat city.

On the other hand, the BJP lost its grip on rural areas, where voters gave a thumbs up to the Congress.

Poll results show the BJP lost 14 rural seats while the opposition added the same number of seats to its tally.

Though the BJP was banking on the issue of the completion of the Narmada dam and the ensuing positive effects on rural Gujarat, the results showed that voters drifted towards the Congress, whom the BJP blamed for delaying the project.

The Congress's total shot up to 71 from the 57 it had won five years ago, marking an increase of 14 seats in rural Gujarat, where there are 140 seats.

BJP candidates in Amreli, Gir Somnath and Morbi districts, with large rural populations, could not win a single seat.