Gujarat Changed Law To Give Land To Industry Instead Of Poor: Activists

Campaigners say officials delayed handing over property to the landless, and that the amended law makes it easier for the state to use the land to build highways and industrial zones. 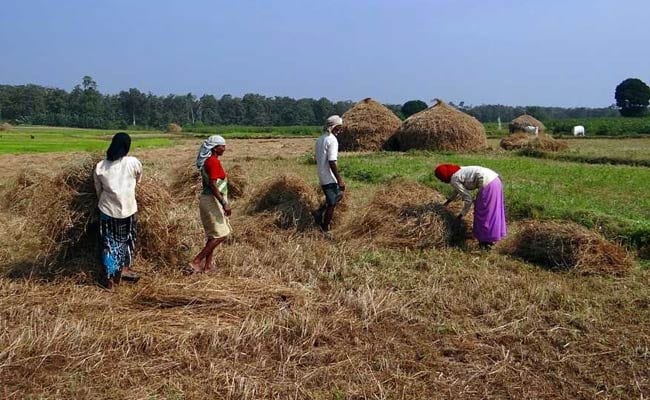 About 60 percent of India's people depend on agriculture for its livelihood. (Representational)

Changes to a law in Gujarat will allow authorities to develop land that was intended for distribution to impoverished farmers, said campaigners who plan to challenge the move in court.

Excess farmland surrendered to the state in the 1960s, when the law was enacted across the country, was meant to be distributed to poor farmers and landless villagers. The amendment allows the state to change the use of the land.

"The state assembly had unanimously passed amendments to the bill, but it was pending with the (central government) for over two years. Now it has been approved," a home ministry spokesman told reporters.

State officials have said some of the surplus land is not viable for farming, and that some of the land will be used to build schools and for other public purposes.

Campaigners say officials delayed handing over property to the landless, and that the amended law makes it easier for the state to use the land to build highways and industrial zones.

"The main purpose of the Land Ceiling Act was to give land to the landless poor. It is very wrong to amend the law to use that land for other purposes," said Jayesh Patel, an activist with Gujarat Khedut Samaj, a farmers' rights group.

"We are filing a petition in the state high court to challenge the state's action," he told the Thomson Reuters Foundation over the phone on Thursday.

About 60 percent of India's people depend on agriculture for its livelihood. More than half the country's so-called lower-caste population is landless, official data show.

All states in India adopted laws by 1962 that limited the amount of land an individual or family could own. Surplus land was meant to be redistributed amongst the poor for farming.

But only about 5 million acres have been redistributed to approximately six million poor farmers, according to government think tank Niti Aayog.

Even when land is redistributed on paper, there is often a delay in handing it over, campaigners say.

Protests flared in Gujarat earlier this year after the suicide of an activist over the delay in granting land to a scheduled caste couple.

"We need the state to redistribute land, not amend the law to make it easier to use the land for other purposes when there are so many still waiting for land," he said.