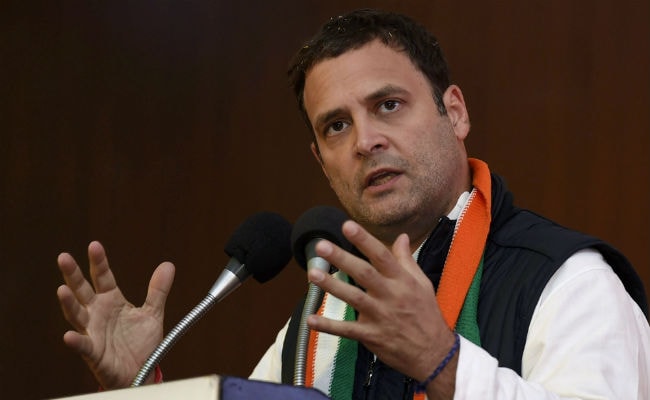 Rahul Gandhi attacked the government for the economic slump in the country.

New Delhi: Congress President Rahul Gandhi today attacked the centre for the economic slump in the country and described "GDP" as the "Gross Divisive Politics" of Prime Minister Narendra Modi.

Promoted
Listen to the latest songs, only on JioSaavn.com
Mr Gandhi also tweeted a news report in which the Central Statistics Office (CSO) has projected that economic growth rate for 2017-18 will be lower than the 7.1 per cent that was achieved in 2016-17.

Implementation of the Goods and Services Tax and subsequent slowdown in the manufacturing sector was expected to drag down India's growth to 6.5 per cent in 2017-18, official data showed on Friday.