Additional District Magistrate (ADM) Niyaz Ahmed Khan has applied for a one-month leave to spend time with Abu Salem in jail and complete his novel on the gangster. 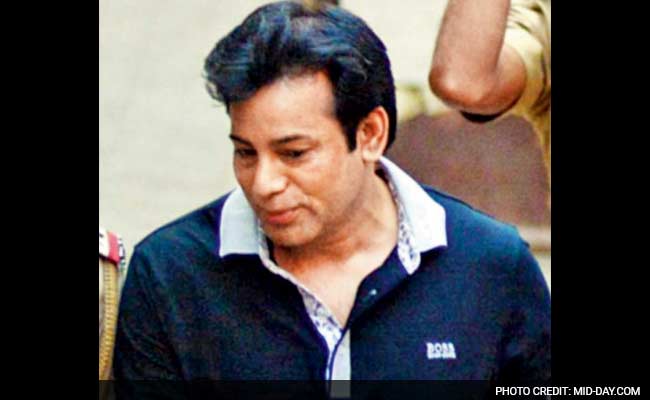 The novel on Abu Salem will be an "action-packed thriller". Eighty per cent of it is completed (File)

Bhopal: The underworld has inspired many writers before him, but a senior officer has found no takers for his unusual request for leave to "spend time" with Abu Salem to complete a book he is penning on the jailed gangster.

Salem, extradited from Portugal in 2005 and facing dozens of criminal cases in India, is currently lodged in Taloja jail in Navi Mumbai. There have been stories galore in the media about his colourful life, escapades and his alleged girlfriend Monica Bedi.

Additional District Magistrate (ADM) Niyaz Ahmed Khan, who is posted in Guna town, says he is writing a novel titled 'Love Demands Blood' based on the life of Salem.

The officer, who has applied to the General Administration Department (GAD) for a one-month leave, says he wants to spend time with Salem in jail as it will help him complete his book.

"Yes, I have applied for nearly one month leave for spending time with Salem in Taloja jail to understand his love for his (then) partner and actress Monica Bedi," Mr Khan, who is from Madhya Pradesh cadre, told PTI.

"I have heard that my leave application has not been accepted, but so far I have not received any formal communication," said Mr Khan, who has four novels to his credit.

The novel will be an "action-packed thriller". Eighty per cent of it has been completed, he said.

In the novel, Salem's character has been named David Warren, while his love interest is called Jennifer Lawrence, Mr Khan said.

The officer has penned four novels - 'Destiny in Drugs', 'The Ocean of Bliss', 'Confession at Black Grave' and 'Untold Secrets of My Ashram'.

The ruling Bhartiya Janta Party (BJP) has objected to the officer's request, saying any effort to "glorify" criminals is inappropriate.

"It would not be proper for a responsible official to glorify a criminal through his writings. This fact should be considered when the state government takes a decision on his application," state BJP spokesman Rajnish Agrawal said.

Promoted
Listen to the latest songs, only on JioSaavn.com
Salem has been named an accused in a slew of cases related to murder and extortion and also in the 1993 Mumbai bomb blasts case.

In February 2015, Salem was sentenced to life imprisonment by a special court in the 1995 murder of Mumbai builder Pradeep Jain.