'Got To Know Sanjay Dutt As A Human Being,' Says Vicky Kaushal After Biopic

Actor Vicky Kaushal plays a pivotal role in actor Sanjay Dutt's biopic, which is being directed by Rajkumar Hirani 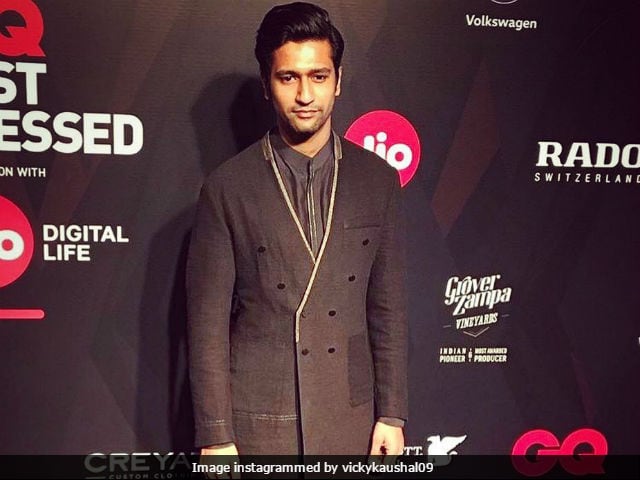 New Delhi: Vicky Kaushal, who plays a pivotal role in actor Sanjay Dutt's biopic, being directed by Rajkumar Hirani, told news agency IANS that he got to know the 57-year-old actor better during the shoot of the film and is in 'awe' of his life. The 29-year-old actor added that the audience will get to know Sanjay Dutt sans his superstar status in the forthcoming biopic. On being asked if the film will show a different side of the Pitaah actor's life, Vicky Kaushal told IANS: "I don't know about different, but his life will be told in true sense. It (The film) is going to be very entertaining. It will make you cry, make you laugh. It is a great story. It is difficult to believe that a person has lived this life."

"I have grown up watching Sanjay Dutt's films. I always looked up to him. But due to this story I got to know Sanjay Dutt as a human being for the first time. I feel it will be new for the audience too. To look at him as a human being, not the star," IANS quoted Vicky Kaushal as saying.

Sanjay Dutt biopic is scheduled to release in theatres on March 30 next year. The biographical drama film, which is being produced by Vidhu Vinod Chopra, will see Ranbir Kapoor portray the role of Sanjay Dutt.

The biopic will focus on Sanjay Dutt's formative years, his relationship with his father Sunil Dutt and his struggles coping up with his affairs and the loss of his mother. Actress Dia Mirza will feature as Maanyata Dutt, Sanjay Dutt's wife in the film. Manisha Koirala will be seen portraying the role of Nargis Dutt.