More than 60 children have died in five days at a government hospital in Uttar Pradesh's Gorakhpur which has been Yogi Adityanath's constituency for nearly 20 years.

Lucknow: Uttar Pradesh Chief Minister Yogi Adityanath on Sunday said a magisterial probe has been set up to investigate the deaths of more than 60 children in five days at a hospital in Gorakhpur - the district he has represented in parliament for nearly 20 years - and the state government is doing all it can to find out if oxygen shortage led to the deaths. The principal of the state-run medical college has been suspended and a committee set up to probe the role of the oxygen supplier which won the contract in 2014, before his government came to power.

"It is a very emotional matter for me as I have been raising the issue of encephalitis for so long... it would be despicable if oxygen shortage caused the deaths," he said, adding Prime Minister Narendra Modi has also expressed concern and has been briefed about the incident. 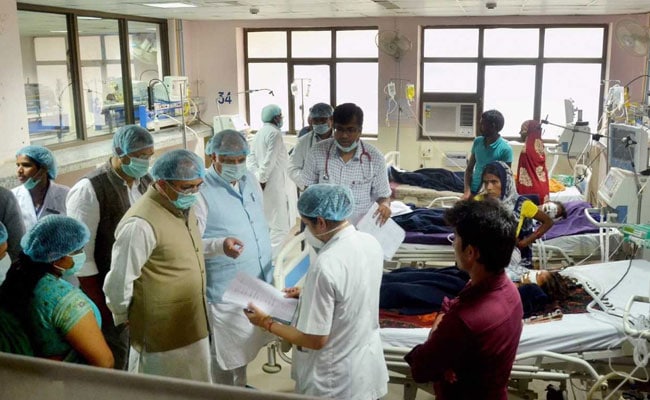 Yogi Adityanath sent two ministers to survey the hospital in Gorakhpur on Sunday.

"Anyone found guilty will not be spared," he said at a news conference in Lucknow that he called after a meeting with officials and two ministers he had sent to Gorakhpur earlier in the day.

UP Health Minister Sidharth Nath Singh, who visited the hospital today brushed aside calls for his resignation and insisted that none of the deaths had been caused due to a disruption of oxygen supply. He admitted that oxygen supply was "low" for two hours on August 11 but said no deaths were reported during the period.

Mr Adityanath said he had asked hospital officials during his August 9 meeting about the issues such as encephalitis and dengue but the disruption in oxygen supply was not brought to his notice. 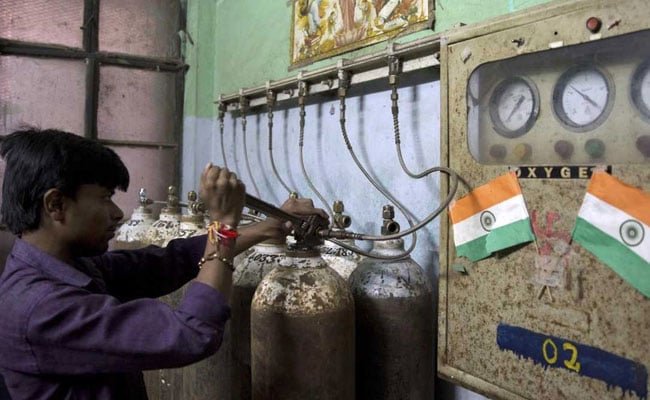 "In my personal interaction with officials, the principal of the BRD medical college and in-charge of paediatric ward, I had asked if anything was required from the government but there was no discussion on oxygen," Mr Adityanath said.

Blaming the principal of the college for the delay in payment to the gas supplier, he said, "I have been told that the principal left soon after the (August 9) meeting without informing the authorities and has been found prima facie responsible. He has been suspended."

Promoted
Listen to the latest songs, only on JioSaavn.com
Referring to the letter of the oxygen vendor that supply will be stopped, the chief minister said funds were released from the government on August 5 and the principal should have made immediate payment. UP Medical Education Minister Ashutosh Tandon, who also attended the news conference, said the hospital finally paid the oxygen supplier on August 11.