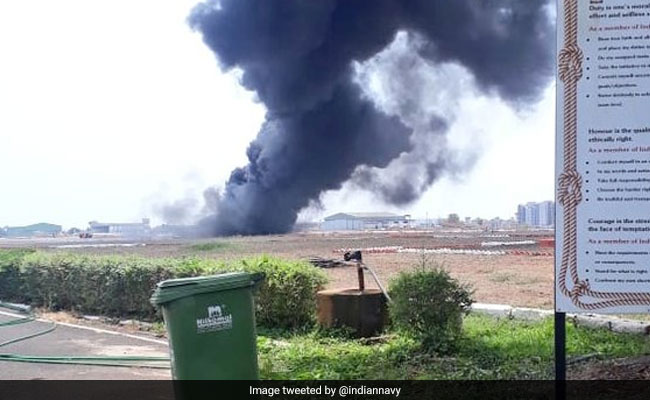 The Goa Airport was shut down temporarily today after a naval fighter jet's fuel tank got detached while taking off and caused a fire on the runway, the spokesperson of the Indian Navy tweeted. Civilian flight operations resumed after one and half hours at the airport.

The incident took place at around 1 pm today after a portion of the main runway of the airport caught fire. The external fuel tank of the aircraft got jettisioned inadvertently on the runway while the plane was taking off for an operational mission from Dabolim airfield, the Navy Spokesperson said. The fire erupted due to fuel spillage.

The MiG-29K fighter jet that dropped the fuel tank is safe. Fighter jets often carry fuel tanks that can be detached as per mission requirements.

Flights were affected to and from the airport of the coastal state which is heavily dependant on tourism. Vistara airlines tweeted that two of its flights have been delayed- one to Delhi and another to Mumbai. Both flights will take off post 5pm this evening. "Temporary runway restrictions" were the cause of delay in the airlines' tweets.

The Goa airport is used for both civilian and military aircraft.