With Nepal releasing water in Ghaghra, the danger of floods was looming over villages in four tensils of the Barabanki district, a report said. 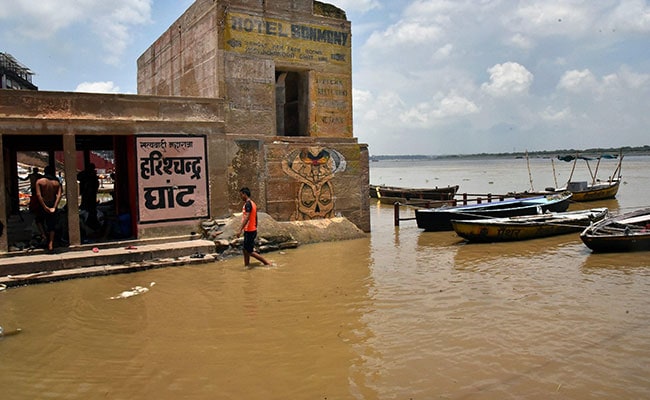 With heavy rains across Uttar Pradesh, several ghats on the bank of Ganga river. (PTI)

Lucknow: With heavy rains across Uttar Pradesh, major rivers like Ghaghra and Sharda were flowing above the danger mark at some places in the state.

With Nepal releasing water in Ghaghra, the danger of floods was looming over villages in four tensils of the Barabanki district, a report said.

Nepal yesterday also released over 2 lakh cusec water in Ghaghra following which the danger of floods in the villages falling in four tehsils has increased, officials said.

Several villages of Ramsanehi ghat and Sirauli Gauspur tehsils are inundated while the locals belonging to several others have taken shelter on the embankments, officials said adding that administration was extending relief material to them.

Promoted
Listen to the latest songs, only on JioSaavn.com
Central Water Commission reports here said that Sharda was flowing above the red mark at Palia Kalan and very close to it at Shardanagar while Ghaghra has crossed the danger mark at Elgin Bridge in Barabanki and close to it in Ayodhya and Turtipar.

MeT office has forecast that state will witness partly cloudy skies on Sunday and rain and thundershowers in some areas on Monday and Tuesday.
Comments
Ghaghra river overflowShardaUP rain