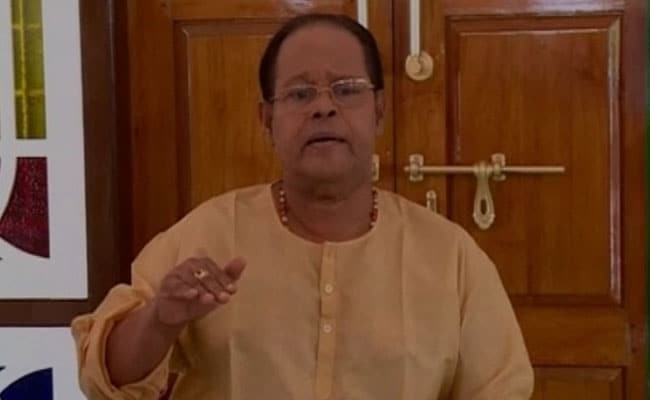 Actor and sitting Chalakudy Lok Sabha lawmaker Innocent today cast his vote at one of the many schools that he had studied in.

The lawmaker said, "I studied in this school, where I voted just now. Standing in the school balcony, the first thing I recalled was that I had spent most of my time in this verandah, than inside the class."

Mr Innocent further said, "I was always given timeouts, and was always standing there. When I told this to my son, he told me his position was also similar. You should understand that I have a record of studying in practically every school in Irinjalakuda."

Mr Innocent, the giant slayer of 2014, had trounced sitting Congress member P.C. Chacko. However, this time he is pitted against Congress veteran Benny Behanan, who is also the United Democratic Front (UDF) convenor and also senior BJP leader A.N. Radhakrishnan.

"Last time, whenever I used to see huge crowds around me, I asked myself, will these transform into votes, and I used to be tensed. But this time I am not, as people have been surprised that I have been able to do a lot of good developmental work," said Mr Innocent.

He said that this time also superstar Mammootty has campaigned for him.

"Suresh Gopi, today belongs to a different party, but he was with me last elections. Many from the film industry are not comfortable to campaign," added Mr Innocent.

(This story has not been edited by NDTV staff and is auto-generated from a syndicated feed.)
Comments
InnocentChalakudy Lok Sabha